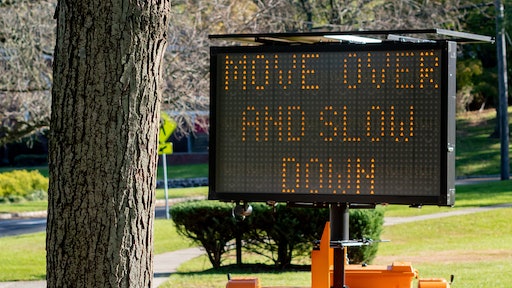 According to the Centers for Disease Control (CDC), every day about eight people in the U.S. are killed in crashes involving a distracted driver.  This amounts to roughly 3,000 deaths and 400,000 injuries each year from distracted driving.  About one in five of those deaths involve people outside a vehicle such as construction crews, pedestrians, cyclists, and roadside first responders—which has made roadway accidents the leading cause of officer-line-of-duty deaths nationwide.

Work zone crashes and fatalities have also spiked in some states during the COVID-19 pandemic despite the drop in traffic, alarming transportation and highway safety officials.

“We see heartbreaking stories of roadside accidents in Illinois every year due to distracted driving. To help save lives and reverse the alarming rise in first responder roadside deaths, we must increase the use of crash avoidance technologies and awareness of ‘Move Over’ laws,” Durbin said.  “The Protecting Roadside First Responders Act will require life-saving technologies in all new vehicles while providing states with the resources they need to help keep our first responders safe.”

The legislation would require automatic emergency breaking systems and lane departure warnings on all new vehicles within five years.

Many auto manufacturers already include such systems in new vehicles, but often only as costly upgrades.

The legislation also would expand eligibility for federal safety grants to pay for digital alert technology that notifies drivers through navigation apps when they are approaching a roadside first responder and direct them to follow move over laws. And it would expand grants for move over public information campaigns.

Slow Down, Move Over

Every state has a move over law that requires drivers to slow down or switch lanes when they pass emergency vehicles, and, in many states, when they pass tow trucks and transportation maintenance vehicles. Still, safety experts say many drivers don’t know about the laws.

Over the last three decades, every major surface transportation bill signed into law has advanced new technologies resulting in significant public safety improvements such as airbags, electronic stability control to prevent rollovers, and seat belts.  These advances have garnered bipartisan support and saved tens of thousands of lives.  In fact, the National Highway Traffic Safety Administration (NHTSA) estimates that between 1960 and 2012, more than 600,000 lives have been saved by motor vehicle safety technologies.

There are more available and affordable technologies, such as advanced driver assistance systems (ADAS).  ADAS, including automatic emergency braking, forward collision warnings, and lane departure warnings, could be saving thousands of lives now if similarly mandated as standard equipment on new vehicles.  Many auto manufacturers already offer them on their new vehicles, but they are usually only available at additional costs that many families cannot afford. Mandating these technologies will make their safety benefits available to everyone, and as history has shown, a minimum safety standard can greatly accelerate these technologies and reduce their cost.

Without timely action on these needed safety advances, the Advocates for Highway and Auto Safety estimate that, over the next four years, approximately 144,000 people will be killed and nearly 11 million people will be injured in motor vehicle crashes.  Nearly 25,000 of the fatalities will be pedestrians and more than 3,300 will be bicyclists.