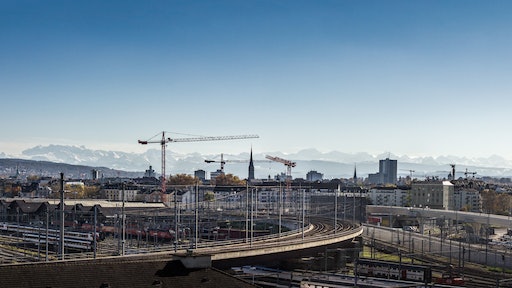 A robust infrastructure package was a campaign promise during election season and the industry is hopeful that both President Trump and Congress will make good on that promise. It's the belief of many in the industry that we have a once in a generation opportunity to modernize America's infrastructure and that this effort is critical to future economic success.

Trump released a one-page outline of the plan in May and a more detailed outline is expected soon. There is still hope that a full legislative proposal could be out by September, but Congress has a full load before that can happen.

However, it is clear that Trump is not going to hand deliver a full proposal, so Congress will have to make some tough decisions and do the heavy lifting for the creation of a full plan that everyone will agree to.

As the process to creating an infrastructure package moves forward, Edward Mortimer, Executive Director, Americans for Transportation Mobility (ATM) says these key principles should be addressed.

1. Legislation should focus on infrastructure projects that when completed can create greater potential for long-term growth.

In other words, make decisions regarding what needs to be fixed based on data and not politics.

"We need to make sure new investments are on projects that make the most economic sense," Mortimer says. "Where are the bottle necks? We need to create priorities. There is data out there that suggests that if you solve 100 bottlenecks, 75% of congestion could be alleviated."

Instead of turning and burning projects out to show something is being done, Mortimer says projects should be selected and funded based on the potential to support long-term economic growth and not the speed at which they can be completed.

2. Legislation should employ a variety of funding mechanisms tailored to the various infrastructure project lines and, where possible, utilize existing federal programs.

The toolkit of funding and financing options needs to be expanded to make up for lost purchasing power since the gas tax hasn’t been raised since 1993.

"Funding is essential, but how is it financed?" Mortimer asked attendees at the National Asphalt Pavement Association Mid-Year meeting in Chicago, IL. "A new type of collection system is needed for infrastructure funding as the gas tax is probably not stable."

Until those programs are worked out, Mortimer says that the gas tax should be raised now for funding needed now just as a transition until other funding options are found.

"10 years from now gas tax will be obsolete," Mortimer says. "We need to find ways now to ensure long-term solvency of the Highway Trust Fund."

The U.S. Chamber of Commerce also recommends that a discretionary grant program be created to fund mega-projects and those projects without an existing funding source. They feel it will help stimulate competition and really help leverage state, local and private sector funds.

3. Additional financing and funding should be accompanied by reforms that increase accountability, maximize and expedite the use of scare federal resources, while accommodating future needs.

In other words, we need to create certainty and urgency with the regulatory process. Right now, Mortimer says there are 17 different government agencies involved in getting a project funded and that it can take over 15 years for a project to get from inception to completion. This is just too long.

While we know that accountability, best practices and performance requirements are needed to ensure projects are selected to maximize economic competitiveness, if we expedite permitting and modernize procurement practices, the federal government can extract greater value out of the limited funds they have and support the delivery of higher quality, longer lasting infrastructure.

"We'd like to get the regulations down to a three year timeline," Mortimer says. "After three years if the answer is no, money can be put in to another project. That way we're using the money for the actual construction and not the plan and approval process."

Infrastructure is not something either political side wants ignore and for the first time in decades it seems that we're all steering the ship in the same direction. Whatever our leaders decide, an infrastructure package needs to provide long-term funding to the Highway Trust Fund so we never see another Map-21 debacle when the program ends in 2020. ♦