An increase in the number of reported cases of Lyme disease and a heightened awareness regarding possible long-term health effects resulting from an untreated infection has us ready to help protect outdoor construction workers from these pests. 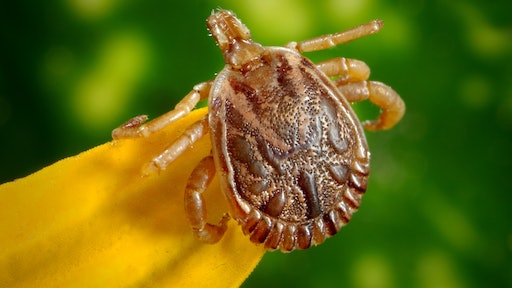 Construction workers have a lot on their plate outside of their day to day duties. From preventing heat stroke in the summer to staying safe from the traveling public in a work zone, there always seems to be hazards that workers need to avoid.

This year, avoiding a tick bite is yet another thing construction workers need to be aware of.

OSHA has received inquiries on occupational exposure to Lyme disease-causing ticks for individuals who work outdoors in heavily wooded or grassy areas. These workers include those with certain construction and forestry duties as well as individuals in other occupations. Concerns have developed because of an increase in the number of reported cases of Lyme disease since 1982 and heightened awareness regarding possible long-term health effects resulting from untreated infection.

If recognized early, Lyme disease can be easily treated with antibiotic medication. However, if the disease goes unrecognized and untreated, chronic conditions may ensue, including varying degrees of permanent damage to the joints or the nervous system.

The Centers for Disease Control and Prevention (CDC) has published several guidelines on the prevention of Lyme disease, including avoiding or clearing tick-infested habitat; using personal protective measures, such as clothing and repellent; performing tick checks; and removing ticks early. When followed, these guidelines should minimize the risk of infection and reduce the number of cases that may develop. The strategies for preventing tick bites are described by the CDC as the first line of defense against Lyme disease and other tick-borne illnesses. Preventing tick bites also prevents other tick-borne diseases, including babesiosis, ehrlichiosis, tularemia, and Rocky Mountain spotted fever.

Although tick habitat should be avoided or cleared where possible, there are some job duties where this is not possible. According to OSHA, the probability of tick bites can be decreased by using personal protection. Several measures have been recommended for personal protection, and have been used, including:

The best way to avoid a tick-borne disease is to check every inch of every family member’s body every. single. day. from April through November. Make it part of your evening routine so that you don’t forget. Lyme usually takes at least 24 hours to transmit after a tick embeds so once a tick is found, promptly remove them with tweezers. (Grasp the tick firmly and as close to the skin as possible. With a steady motion, pull the tick's body away from the skin. Cleanse the area with an antiseptic. DO NOT use petroleum jelly, a hot match, nail polish, or other products to remove the tick.)

Have any other methods to getting rid of ticks? Let me know at jstoikes@acbusinessmedia.com