The cost:benefit analysis of President Trump’s campaign-season tax ‘loan’ for employees is convincing big employers to opt out, but the program holds a special risk to construction firms 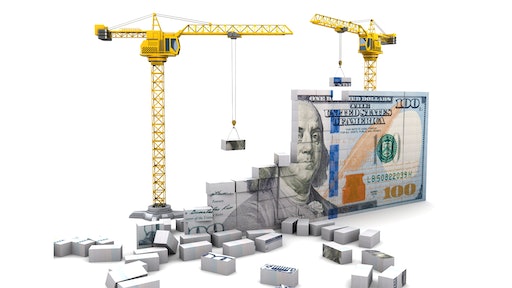 Trump signed an executive order in August directing the Treasury Department to allow employers to defer employee-side Social Security taxes in an effort to help workers amid the coronavirus recession.

Trump’s plan is to encourage employers to stop withholding a 6.2% Social Security tax from September 1 through the end of the year, for workers who make less than $4,000 every two weeks. However, employers then would have to collect every penny of that deferred tax, by options that include doubling that withholding to 12.4% from paychecks January through April.

TheHill.com suggests the president is hoping tax deferral in 2020 will help his reelection effort, and has even floated the idea at recent rallies that if he is reelected, he will forgive the tax repayment. But forgiving deferred taxes requires congressional action, and it’s far from a done deal that lawmakers would pass such legislation even if Trump procures reelection.

The payroll tax deferral’s impact on the election could be weak, as more and more employers confirm that they will not participate.

Businesses such as UPS, CVS Health, Wells Fargo and FedEx have announced that they will not participate in the payroll tax deferral because they do not believe having to double up on payroll taxes for the first three months of 2021 is “in the best interests of their employees.” Some are waiting for clarification on how the tax deferral will be implemented, and others simply don’t believe the benefits to their employees warrant the burden of administering such a program.

In the public sector, the Chicago Sun Times reports that among 27 states that have made clear they will not defer payroll taxes are Republican states such as Oklahoma, Utah, Alabama, South Dakota and North Dakota. A survey by the National Association of State Auditors, Comptrollers and Treasurers identified the 27 states that have already decided not to defer the tax, and as of Thursday, not a single state had confirmed that it would defer the tax.

The Postal Service and the Democratic-led House of Representatives also are not deferring payroll taxes for their employees. Senate Rules and Administration Committee Chairman Roy Blunt (R-Mo.) told reporters Tuesday that he doesn’t think the Senate is going to defer employees’ payroll taxes either.

Our accounting contributor, Garry Bartecki, lists a few challenges the tax holiday presents to small companies such as most construction contractors. If you opt in to the program, you must:

And Barteki points out a very real risk of the program for construction firms: what if an employee works under the deferment, gets laid off at Christmas and doesn’t come back to work for your company in January? You, the employer, are now on the hook to pay back the deferred taxes.

Check out what Bartecki recommends contractors do.