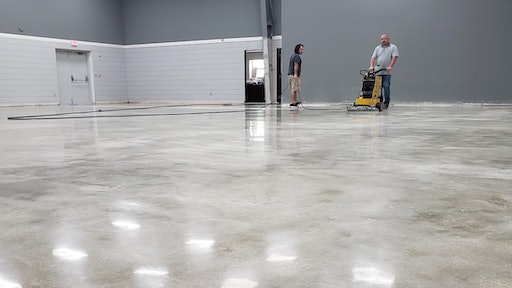 In May, members of a small, but growing congregation on a tight budget in Pensacola, Florida were trying to polish the church floors.

After 14 days with a rented cup wheel, they decided it was time to reach out to the professionals. They talked with their distributor, Roy Mathis of GranQuartz in Florida, who called in Ameripolish for help.

Ameripolish stepped in and paid for the project.

“It was a pay-it-forward type of thing,” says Frank Erceg, Ameripolish territory sales specialist who assisted with the project.

The company also opened the jobsite up to other contractors, so they could see a demo of Ameripolish’s SmartFloor Refinement System and its composite resin abrasives technology. 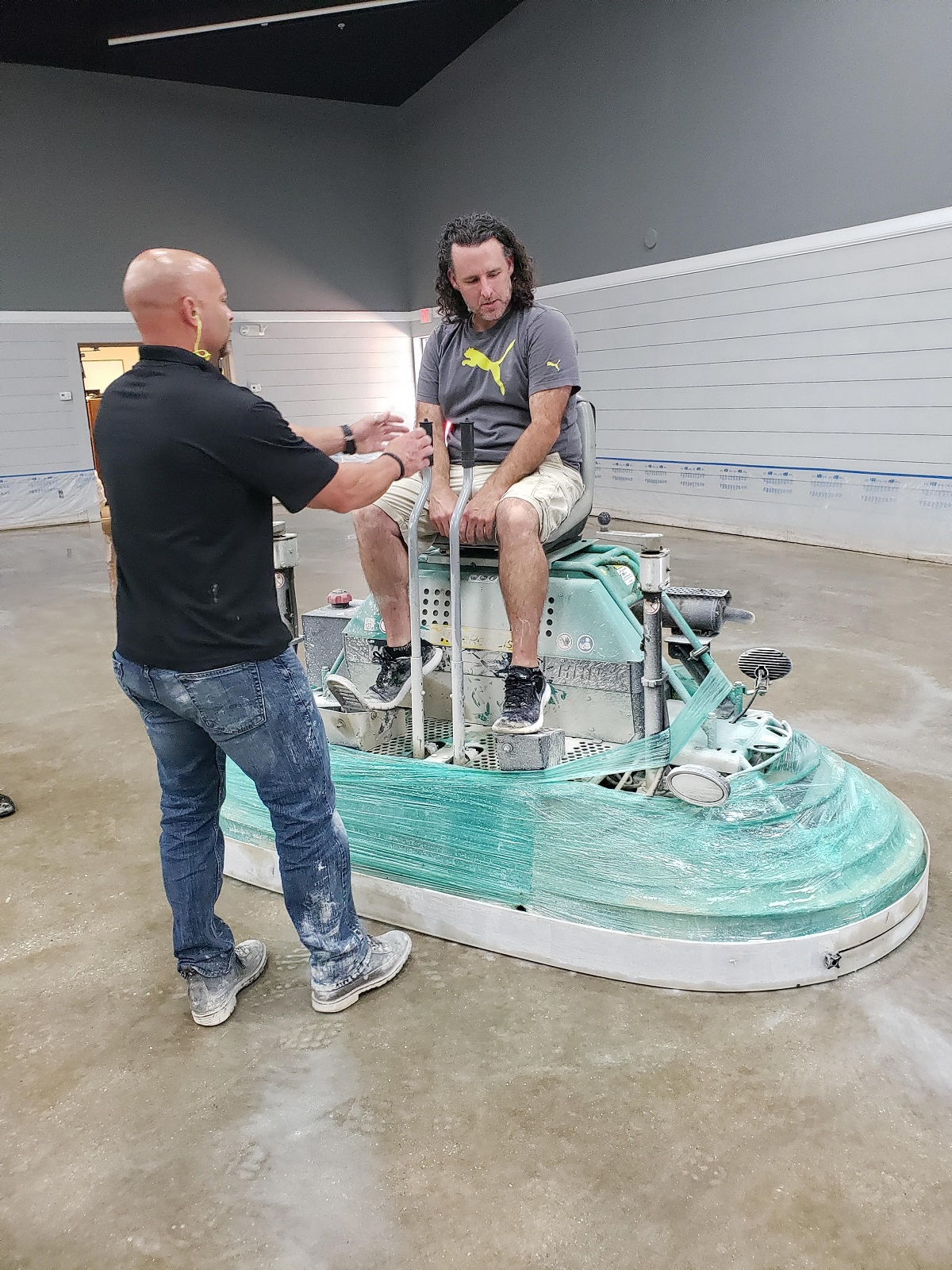 Lead Pastor Josh Moore of Ensley Church of the Nazarene takes a ride on a power trowel.Ameripolish

SmartFloor is an easy-to-use pad system that allows swapping out of pads to the universal Velcro blade holders. The system works on any polishing machine, including power trowels.

When Erceg and lead technician Jason Campbell arrived at Ensley Church of the Nazarene in Pensacola, they conducted a Mohs (Measure of Hardness Scale) test. The concrete floor was at a 3. While most concrete surfaces are constructed within the 5 to 7 range, and the higher the Mohs rating, the longer the pads will last during a polishing job.

At the church, contractors densified the floor twice, grinding it six times, stained it, burnished it, sealed it and burnished it again.

“They left us with a floor that looks and feels more like glass than it does concrete,” the church posted on Facebook. “Pictures don’t do it justice; you have to see it in person.”

When workers finished the SmartFloor process at the church, the Mohs was at a 5 or 6.

“We knew once we got to that point (higher Mohs reading), that it was going to be easier to get a nice DOI (Distinction of Image) shine on the floor,” Erceg says.

Once the finish was complete, they had DOI readings taken of the floor. The highest rating was 80 and the lowest was about 73 along the 5,000 square-foot space, he says. They finished in a day.

“It turned out to be a really good experience all the way around, from the parishioners helping out and providing support and the contractors who showed up,” he says. “It was really good for everybody.”

Erceg attributes the success of the project to the proprietary formula used to produce the abrasives.

“If you wanted to leave the floor in a high DOI range, we've proven it now to where we've consistently hit the 80s and wowed the crowds at World of Concrete and other demonstrations,” he says. 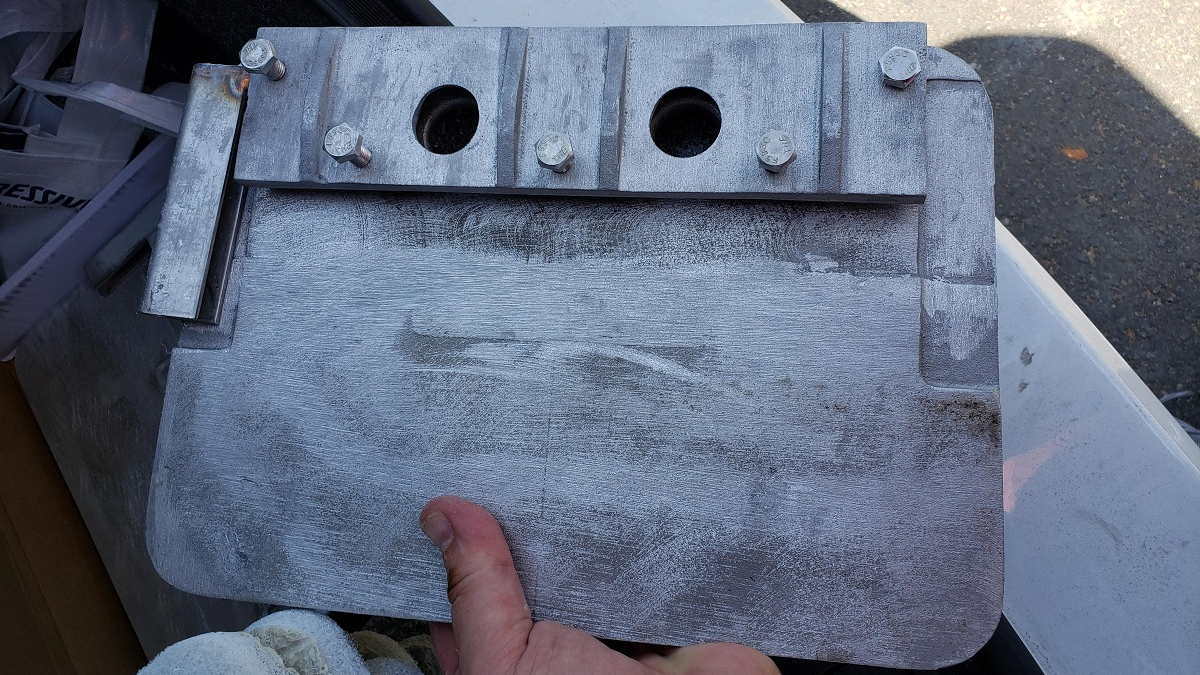 A popular feature of the SmartFloor System is the interchangeability of the blade holder.

“Whether it's an 8-blade, 10-blade or a 4-blade walk behind, you're able to sit the same abrasive, so you don't have to buy different tooling,” Erceg says.

The diamond manufacturing and pad size is another key differentiator.

“When you see the size of the pad, it's a large amount of abrasive touching the floor,” he says.