The Portland Cement Association (PCA) released its annual Spring Forecast which envisions strong to moderate growth for cement consumption through 2019 and into 2020. 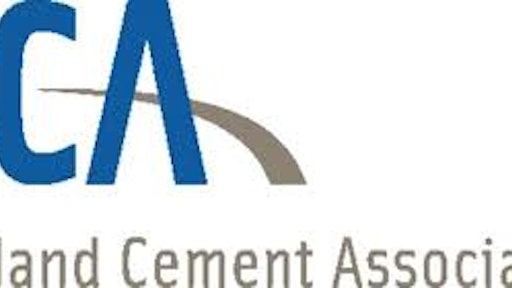 The Portland Cement Association (PCA) released its annual Spring Forecast which envisions strong to moderate growth for cement consumption through 2019 and into 2020. PCA Market Intelligence expects cement consumption will grow by 2.3% in 2019; compared to the Fall 2018 forecast this represents a marginal slowing in the pace of growth.

“While there are several phenomenon that confront the economy in the next two years, PCA believes the economy is strong,” says Ed Sullivan, PCA Senior Vice President and Chief Economist.  “As interest rates rise, they will steal some strength from economic growth. Private construction growth, being an interest rate sensitive sector, is expected to slow under the weight of higher interest rates. Cement consumption growth will slow as a result.”

PCA’s analysis notes the labor market remains strong. On a monthly basis the economy has generated 235,000 net new jobs. While this pace is expected to ease in subsequent years, it is expected to generate more than two million jobs for the next two years.

“Overall, the pace of cement consumption growth is expected to soften each year through 2021,” says Sullivan. “In 2022, interest rates are expected to reach their apex and recede slightly. At about this time, the supplemental infrastructure initiative is expected to materialize. “