The 1960s proved to be the beginning of a true technology evolution that transformed the construction equipment industry. 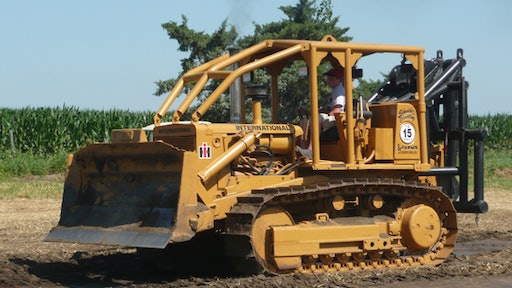 Most major modern equipment machine forms can trace their history back prior to the 1920s. But these early machines were typically cable and pulley operated, requiring a lot of “brute force” to operate. A major turning point occurred during World War II. The war led to the rapid development of hydraulic systems that revolutionized heavy construction equipment.

Equipment Today traces its roots back to 1965. This was the beginning of a true technology evolution that transformed equipment into modern technological marvels. To truly understand how the equipment evolved, we need to closely look at the makeup of heavy iron. Basically, these machines can be boiled down to a diesel engine which powers a hydraulic system to perform work. This is true of most machines from the 1960s through today — although many forward-thinking companies believe there may be alternatives to the diesel engine far into the future.

There are a couple of easily identifiable trends. In the 1950s through 1970s, equipment became more efficient and the power density of engines climbed (the amount of power for a given displacement).

“During the 1970s and 1980s, major innovations in machine configuration and powertrain were introduced,” says Chuck Sahm, automation & enterprise solutions theme manager, Caterpillar. “The track-type tractor elevated sprocket design and differential steering were two examples. The sprockets were elevated to protect them and other drivetrain components from ground-imposed loads and the modular design significantly reduced the time required to remove and install major components. The differential steering system allowed power turns while keeping both tracks working and enabling the machine to turn on a dime.”

From the 1980s onward, there is a focus on compact equipment, noise levels, engine exhaust gas emissions, ease of operation and safety.

Despite increased sophistication, today’s equipment has also increased in both durability and efficiency. “The expected life of the equipment has more than doubled,” says Brian Rauch, senior vice president of engineering manufacturing and supply management, Deere & Company. Some of today’s machines can achieve 15,000 to 20,000 hours before a first rebuild. “Thirty years ago, it would have been half that. In addition, they consume less fuel and they are more productive.”

Innovations That Shaped the Industry

In every industry there are a handful of innovations that change the nature of the business. We have compiled a list of those that have resulted in major shifts in construction equipment design. They include:

Thank you to the Historical Construction Equipment Association (www.hcea.net) for providing many of the historical images from the 1960s and 1970s.