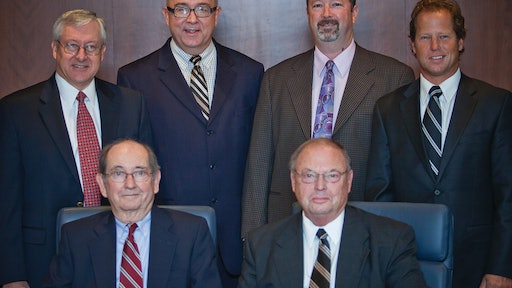 Deister Machine Company, Inc. is proud to announce its 100th anniversary as a leading manufacturer of high-quality feeding, scalping and screening equipment for the aggregate, mining, coal, asphalt and recycle industries. Deister has remained a family-owned business since its founding in 1912.

"We continue to build upon our century of service via solid engineering and customized screening solutions that allow today's aggregate producers to efficiently meet the most stringent specifications," says Irwin F. Deister, Jr., Chairman and co-CEO, who recently marked 60 years of service with the company.

Irwin and E. Mark Deister, President and co-CEO, represent the family's third generation at the company's helm. The company's dedication to the industry began with their grandfather, Emil Deister, the company's founder.

In the early 1900s, Emil Deister took up the study of ore separation. Eventually, he would patent his own equipment, starting with a centrifugal separator that extracted gold from mercury amalgam, and continuing on to develop ore separating tables. His table is praised in Taggert's Handbook of Ore Dressing, the official textbook at many mining schools, as the first serious competition to the only other kind of ore separating table available at the time.

Deister equipment is in operation in all 50 states, Canada, and in many countries throughout Latin America, as well as Europe, Asia and Australia. According to its engineers, Deister equipment is designed to integrate with all components of the production system, while delivering maximum performance and productivity. In fact, some of the earlier models of Deister vibrating screens are still in operation due to their rugged construction and continued efficiency.

The two-day class includes a manufacturing facility tour, equipment operation best practice training, a hands-on demonstration and plenty of networking opportunities allowing machine owners to learn from each other as well.
Rotochopper Inc.
March 18, 2020
Follow Us