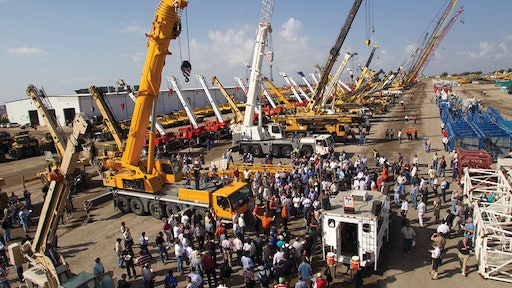 Ritchie Bros. Auctioneers will sell more items than ever before at its unreserved public equipment auction in Orlando from February 13 - 18, 2012. During the six-day event, more than 9,100 heavy equipment items and trucks will be sold - a company record for the most items ever sold in a single auction - and new items are still being added daily. Bids in the auction can be made on-site at the 200+ acre Orlando auction site, online in real-time at www.rbauction.com or by placing proxy bids in person or by phone.

This year's auction currently has:

Consignments for the Orlando auction are still being accepted. Anyone interested in selling equipment and trucks in the auction can contact the Ritchie Bros. Orlando site at (863) 420-9919.