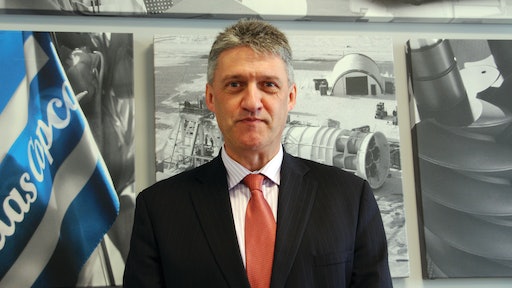 "Horst has a vast experience in air and gas treatment from his previous functions in a customer center, in the Specialty Rental division and Gas and Process product companies. He also has a sound track record in establishing a divisional structure," said Stephan Kuhn, President of the Compressor Technique (CT) business area.

Wasel joined Atlas Copco in 1983 in Germany. He held various manager positions within the Gas and Process division in Europe and the United States from 1994 to 2001, when he became General Manager for the Atlas Copco customer center in the Netherlands. He was appointed Vice President CT Rental within the Portable Air division in 2006 and in January 2007 Wasel became President of the Specialty Rental division. He holds a degree in Mechanical Engineering.

Atlas Copco is an industrial group with world-leading positions in compressors, expanders and air treatment systems, construction and mining equipment, power tools and assembly systems. The company was founded in 1873, is based in Stockholm, Sweden, and has a global reach spanning more than 170 countries. In 2010, Atlas Copco had 33 000 employees and revenues of BSEK 70 (BEUR 7.3). Learn more at www.atlascopco.com.

Specialty Rental is a division within Atlas Copco’s Compressor Technique business area. It serves customers in the industry segments around the world with temporary air and power rental solutions. The specialty rental services are offered under several brands. The divisional headquarters is located in Antwerp, Belgium.

Check out the Profit Matters channel. There is how-to information, articles and more to squeeze the most profit from your projects and improve your bottom line.
July 30, 2021
Latest