Roads of the future will be used to generate energy, improve logistics and capture and communicate data for predictive analytics. 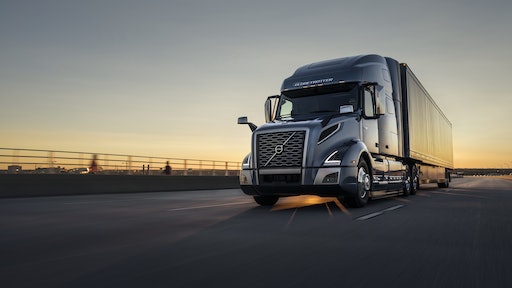 As sensors in the roads gather more data over months and years, they can provide valuable information that can improve the transport of people and goods.
Volvo Trucks North America

David Zach and Glen Hiemstra are known for their work with dozens of innovative Fortune 500 companies. In partnership with Volvo Construction Equipment*, they provide their forecasts for the transportation infrastructure industry, one of the sectors of the economy most overdue for a complete overhaul in North America, and one that is likely to see a tremendous amount of change over the next 20 to 40 years.

Notably, both Zach and Hiemstra suggest that the infrastructure of tomorrow will provide much more benefit to society than simply surfaces for vehicles to travel on. Roadways offer valuable real estate that can be used to generate energy, improve logistics and gather data to be used in predictive analytics.

“In the near term, there will be some changes around making roadways more intelligent and more integrated with vehicles,” Hiemstra says. “The price of components that drive the Internet of Things (IoT) will be reduced over time and 5G communications will deliver enormous bandwidth. Sensors will be embedded into the roads and intersections, gathering valuable data and communicating directly with vehicles.”

To enable embedded sensors, future roadways will utilize nanotechnology principles to provide better molecular structures for rigorous use. This “nano-concrete” that is used to pave roads could be glass-like materials that are more resilient to weather, climate change and wear and tear. 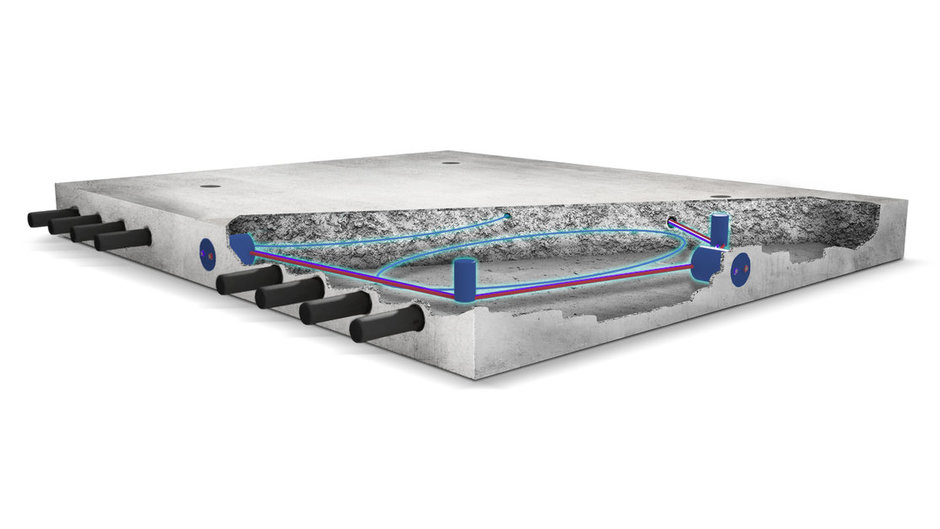 This pilot project in Kansas City by Integrated Roadways project shows how sensors could be embedded sensors in city roads to collect data to help address traffic congestion and maintenance.Integrated RoadwaysEmbedded sensors will monitor weather information, surface temperature, surface conditions, traffic conditions, upcoming hazards, animal crossings and other potential slowdowns. They can then send this up-to-date information to vehicles, suggesting lane switches and alternative routes. LED lights that are embedded into the glass can redirect traffic or reverse lanes at a moment’s notice to improve traffic flow and safety.

As the sensors gather more data over months and years, they can provide valuable information that can improve the transport of people and goods. And it’s over these years that we will see the most dramatic changes.

“This connectivity in our infrastructure will change the whole notion of demographic flow. If you can measure it you can manage it,” Zach says. “There will be the continued urbanization of the world’s population, with some forecasts suggesting 80% of people will be living in cities. We will have to develop separate infrastructures for people and for goods. We’ll be getting rid of traditional trade routes.”

These changes in trade routes could mean changes focusing on the distribution of raw goods, which is much more cost effective, and returning to more local and regional factories closer to the point of consumption. Combined with 3D printing, this could mean a reduction in packaging and plastics usage and more easily transported goods.

Meanwhile, people could be using more intelligent roadways that makes use of their connectivity and sensors to optimize peak travel times, or even alert offices that their workers are approaching, for example. In these scenarios, people and goods are being transported in dramatically different ways.

One thing that is clear is that the infrastructure of tomorrow won’t simply be a replacement for what we have today. Infrastructure will be built out of new materials that are created in new ways and constructed using new methods.

“In the Western world, there is an infrastructure deficit. We have delayed maintenance, so we are going to see a lot of infrastructure building and rebuilding,” Hiemstra says. “And part of that is to deal with things that are 100 years or older breaking down. In the future, we will be building a lot more resilience into our infrastructure for climate and major storm events.”

An experiment at Purdue University shows concrete healing its own cracks within 28 days. The technology would allow concrete-paved bridges and highways to be equipped with materials that respond to potential damage.Cihang Huang, PurdueSelf-healing epoxies that coat concrete and steel are being developed and will enable bridges and other metal structures to “heal” themselves from damage, while better resisting weather and rusting. Buildings and other structures will be more intelligent and, using sensors and connectivity, will monitor themselves for decay. More carbon polymers that are rust-resistance will be used to enable lightweight bridge construction and protect against weather and earthquakes.

Energy usage and consumption will be a major factor in future infrastructure development. New methods of preparing steel and concrete, like using mirrors to power high-intensity furnaces, will reduce the amount of energy and carbon emissions associated with infrastructure development. The burning of fossil fuels will no longer be needed for these applications. Fully electric construction equipment will also eliminate the carbon emissions associated with construction of new infrastructure. 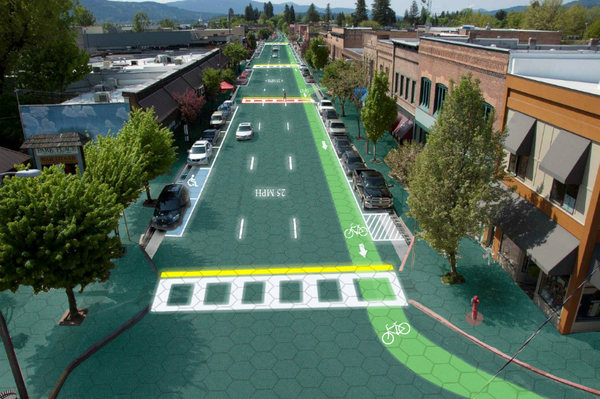 Solar Roadway worked with the Missouri Department of Transportation to test the first U.S. installation of a solar road (artist's rendering shown) in Conway, MO.Solar Roadway“The roadways themselves will become a power source, as photogenic cells along the roads will capture solar energy for transporting to local power grids that power cities and neighborhoods,” Hiemstra says. “And since these roadways are intelligent and connected, they could heat and cool themselves to reduce maintenance costs. Rooftops, parking lots and other large paved spaces could be turned into generators, as well.”

The new connectivity in infrastructure and its materials will change the way companies build roadways and other structures. The sensors in infrastructure will speak to the sensors embedded in construction equipment, providing valuable data for equipment manufacturers and contractors that will result in predictive analytics that lead to actionable insights in the field.

Maintenance will be systematic, and companies will see dramatic improvements in equipment uptime. New pieces of equipment can be brought onto an infrastructure project to replace working machines before they break down. The replacement machine is there waiting and is quickly swapped out. The first machine is then repaired/maintained. The process is seamless and work continues around the machines on the jobsite.

The improvements in uptime will enable companies to complete projects much faster as jobsite stoppages are reduced and eliminated. Autonomous equipment that is fully electric and emissions free will handle much of the duty-cycle work, minimizing projects’ carbon footprint. Equipment will communicate with each other to optimize jobsite applications and send critical information back to the contractors and manufacturers.

“Everything you could imagine being built might have something to say,” Zach says. “The roads, vehicles and equipment are all going to be talking to each other — everything will want to talk.”