Both major party presidential candidates are ramping up infrastructure rhetoric and making transportation a hot topic as the November election draws closer. 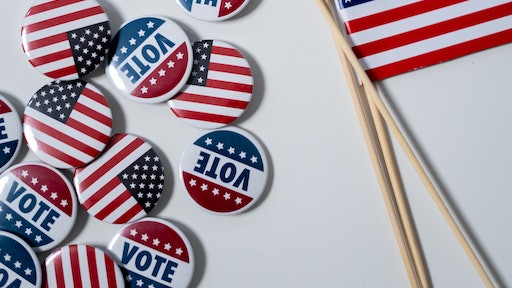 With less than four months until the 2020 presidential election, both candidates are adding infrastructure funding and policies to their list of campaign talking points.

“For decades the single biggest obstacle has been the mountains and mountains of bureaucratic red tape in Washington,” Trump said. “All of that ends today. We’re doing something very dramatic. We just completed an unprecedented top to bottom overhaul of the infrastructure approval process that has cost trillions of dollars and delays like you would’t believe.

"This means better roads, bridges tunnels and highways for every citizens across our land. We’re reclaiming America’s proud heritage as a nation of builders and a nation that can get things done."

See Details of the Trump NEPA Roll Back

Trump won office four years ago in part with a message of strong investment in infrastructure. The FAST Act, the 2015 surface transportation reauthorization, expires Sept. 30, a month before the Nov. 3 election.

Buy America applies to iron and steel permanently incorporated into federal-aid transportation projects, which are overseen by the U.S. Department of Transportation but administered by state and local transportation agencies. The similar in name Buy American (with an “n”) rule applies to a different type of project, as it establishes a preference for domestic construction materials purchased under all direct federal government contracts.

Biden would scrutinize the waiver process under both rules by “closing loopholes” and establishing greater transparency through publication of waiver requests on the internet. He would also extend “Buy American” requirements to research and development in an effort to prevent products from being invented in the United States but produced internationally.

This week, Biden released his "Build Back Better" Plan to put $2 trillion into green infrastructure and energy over four years and create millions of jobs.

"We need millions of construction, skilled trades and engineering workers to build a new American infrastructure and clean energy economy," Biden says. "These jobs will create pathways for young people and for older workers shifting to new professions, and for people from all backgrounds and all communities. Their work will improve air quality for our children, increase the comfort of our homes, and make our businesses more competitive."

Stay tuned to ForConstructionPros.com for updates on speeches from each Presidential candidate.

AASHTO President says Congress should consider a mix of new short- and long-term funding options to provide more fiscal support for transportation investments nationwide for both the immediate and future needs of our roadways
Jessica Lombardo
May 19, 2021
Follow Us