The Snorkel SR5919 is the first model of the brand new line of rough-terrain telescopic handlers, which demonstrates the company’s expansion of its products beyond aerial work platforms. 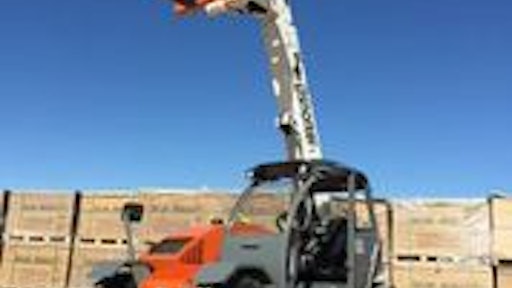 The global manufacturer of aerial work platforms officially debuted the first-ever Snorkel telehandler. The Snorkel SR5919 is the first model of the brand new line of rough-terrain telescopic handlers, which demonstrates the company’s expansion of its products beyond aerial work platforms.

Visitors to the Snorkel booth were among the first to see Snorkel’s updated paint scheme. The company will introduce a brighter shade of orange paint to its lifts later this year as well as switch from black paint, predominantly used on chassis weldments, to a mid-grey paint, which improves visibility for service engineers working on the equipment.