The project will also create more than 30 full-time jobs with Sullair. 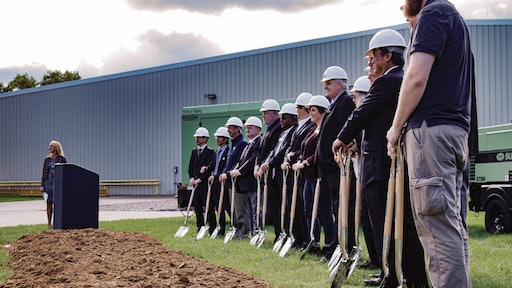 Sullair is investing $30 million to expand its North American operations and headquarters campus in Michigan City, Indiana. The company held a ceremonial groundbreaking earlier this month.

“In our nearly 55 years of business, this $30-million-dollar investment is one of our largest – if not the largest – on record,” says chairman Jack Carlson. “Many call LaPorte County one of the ‘compressor capitals of the world.’ We are confident this investment helps ensure LaPorte County maintains this reputation for generations to come.”

Dozens of dignitaries from city, county and state organizations joined to celebrate.

Construction is expected to begin this week and will create nearly 80 construction jobs with Tonn and Blank Construction.

The project will also create more than 30 full-time jobs with Sullair.

Scott Cannon offers insights into COVID-19 and how rental businesses can survive and thrive.
BigRentz.com
October 20, 2020

Compact and high-performance generators are built with the same characteristics as the rest of the QAS lineup.
Atlas Copco
October 8, 2020
Follow Us