Primary goals of Uniform Permit Transport 2021 are to encourage all states to allow minimum weight thresholds, and to analyze and issue permits via automated permit systems 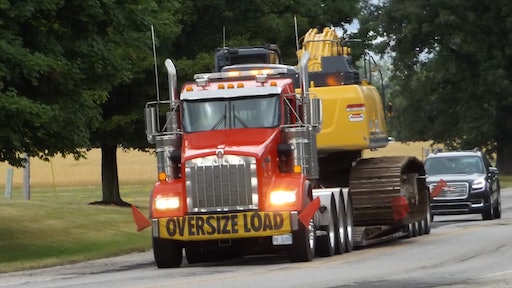 Each day in the U.S., oversize and overweight trucks travel across state lines but experience different requirements and weight allowances in each, leading to delays and added costs to consumers. SC&RA’s UPT2021 will advocate for widespread acceptance of more comprehensive and representative permitted weight configurations issued under routine or auto-issued permits.

Two of the primary goals for UPT2021 are to encourage all states to allow minimum weight thresholds, and to analyze and issue permits via automated permit systems, 24/7. More than 30 states presently use systems that auto-issue permits, in some cases greater than 16 ft. wide and high and 250,000 gross lbs.

The aim is to gain 100% compliance across the country by the year 2021. Complete details, including charts and configurations, can be found here.

SC&RA has proposed 11 envelope vehicle configurations that make up the majority of typical overweight permits issued by states in the U.S. The 11 selected configurations are already approved in several states.

This initiative pertains only to those loads defined by the Federal Government as “non-divisible” loads, which are loads that cannot be dismantled in less than eight hours or if dismantled would compromise the intended use of the vehicle or destroy the value of the load. Typical non-divisible loads include items such as construction equipment, bridge beams and transformers.

“Lack of uniformity amongst states is costing our member companies millions of dollars annually,” said SC&RA Vice President, Steven Todd. “Manufacturers pay more for transporting their products and those costs are passed along to consumers. Ultimately, it’s nearly every citizen/taxpayer bearing the burden.”

According to SC&RA and industry representatives, automating the permitting process has several benefits, not the least of which is safer roads for all motorists as higher percentages of users legally obtain and run on state-issued permits. Other benefits include increased revenue for states to be used on infrastructure due to the higher volume of permits being issued.

“Beyond the consumer, the lack of uniformity among states permitted weight allowances has a very real impact on the nation’s infrastructure as oversize/overweight loads are re-routed thousands of additional miles, causing more stress on roads and bridges,” explained Todd. “This is why SC&RA is committed to working towards uniformity in allowable permitted weight configurations. UPT2021 is one of the most important initiatives we’ve undertaken because, while the goal of uniformity across 50 states is possible, it’s formidable. But the consequences of doing nothing are no longer tolerable.”