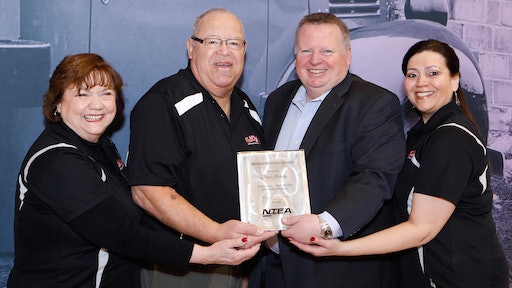 Accepting the award for Flaps Up from NTEA President & CEO Steve Carey (second from right) are, from left to right: Maureen Earp Wood, Jerry Proctor and Judy M. Turner.
NTEA

More than 100 new products were introduced at The Work Truck Show 2019, but only four were named Work Truck Show Innovation Award winners. Flaps Up LLC’s automatic mud flap lift system won the award in the Aftermarket category, while the Dual Source Charging kit from Go Power! won in the Green category. In the Body/Upfit category, Morgan Olson won for its Spring-Back front bumper, and The Godwin Group won in the Safety category for its Road Runner remote dump system. 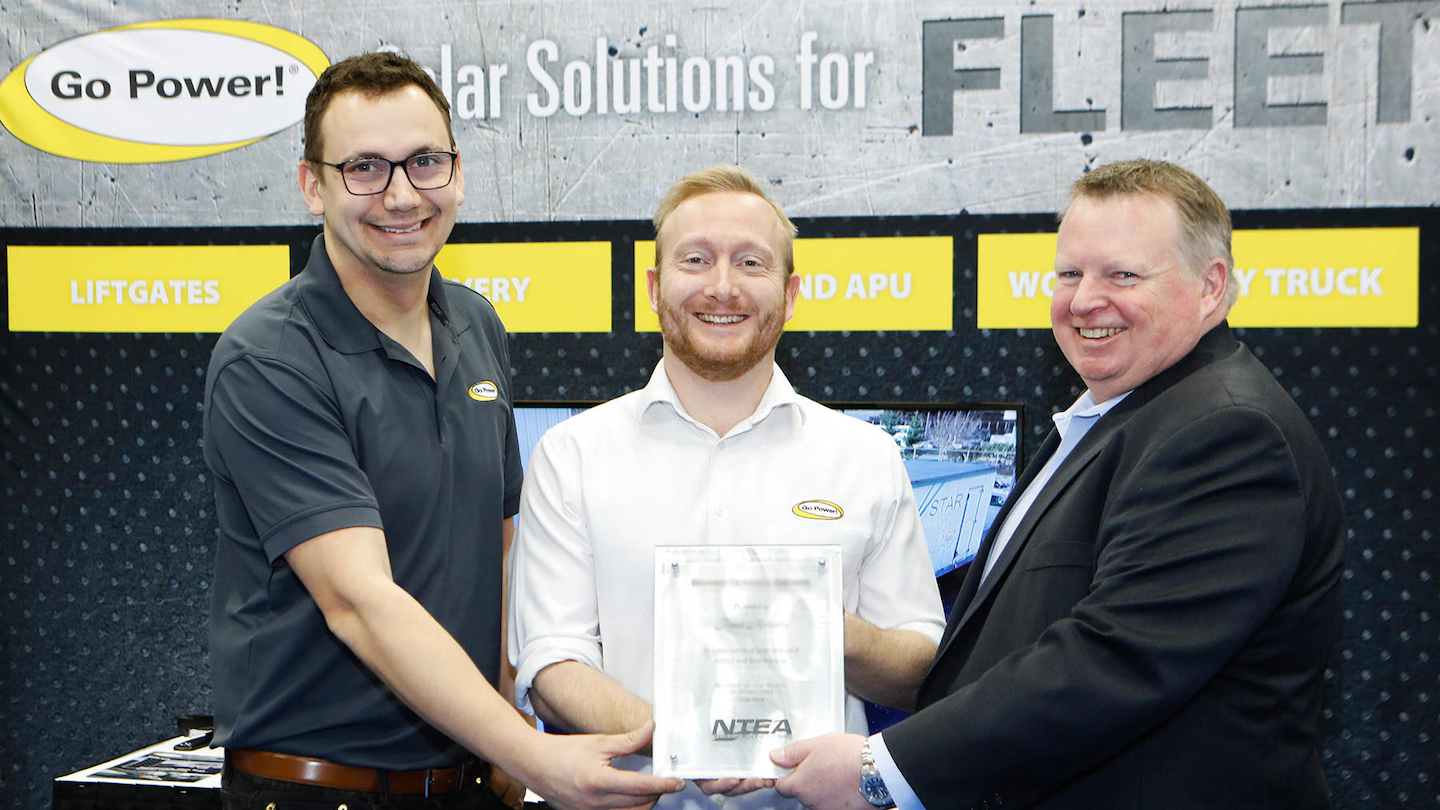 Accepting the award for Go Power! from NTEA President & CEO Steve Carey (at right) are, from left to right: Ray Collett and Eric Starling.NTEAInnovation Award winners are selected by a panel of trade media editors and truck fleet managers from eligible products entered through the Show’s New Product Spotlight and New Product Media Guide programs. Judges noted that this year’s winning products were “simple, yet practical” and great examples of how to use technology to address day-to-day operational needs and safety concerns of fleet customers.

Flaps-Up’s automatic mud flap lift system is a motor control system that allows drivers to automatically raise mud flaps whenever the truck is put in reverse. This protects the flaps from being caught between the tires and the load where they can be torn off or damaged, increasing mud flap service life and improving safety. The driver uses an in-cab switch to lower the flaps after the load is dumped.

Go Power’s Dual Source Charging kit combines a solar-charging system with an auto switching power unit capable of fully charging both liftgate and pallet jack batteries. The auto switching power control unit allows the dual charging kit to automatically switch from charging pallet jacks to liftgates, depending on what is plugged in to the unit.Topping off liftgate and pallet jack batteries with solar power extends the life of the batteries from months to years. 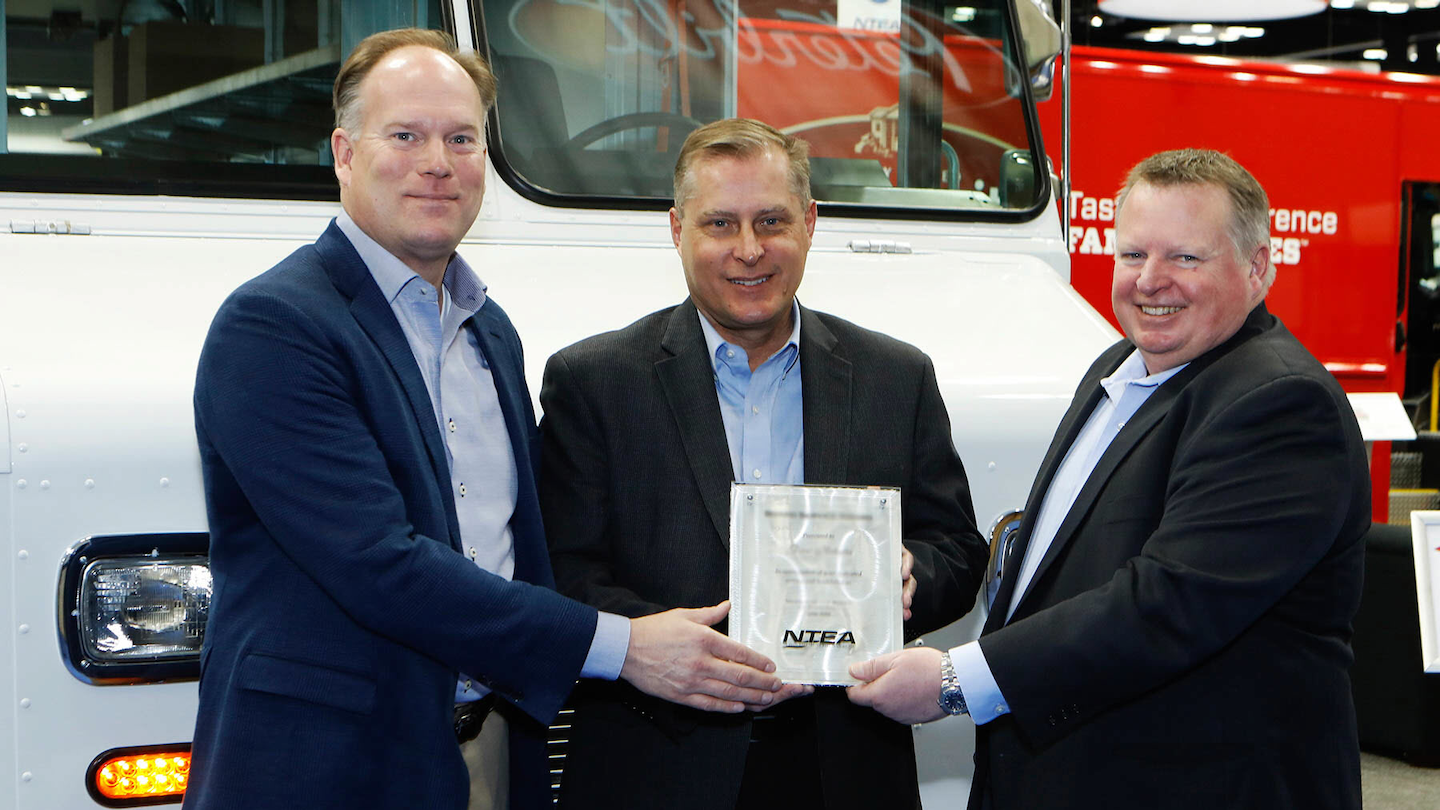 Accepting the award for Morgan Olson from NTEA President & CEO Steve Carey (at right) are, from left to right: Rich Tremmel, Vice President of Sales & Marketing, and Dan DesRochers, Chief Operating Officer.NTEAMorgan Olson’s newly patented Spring-Back front bumper not only provides protection from low-impact, front-end contact, it also absorbs the impact and then springs back into place. In addition to shielding against impact, the innovation helps minimize repair costs. Replacing traditional bumpers requires replacing the entire bumper. But with Morgan Olson’s three-piece Spring-Back bumper, only the damaged section needs to be replaced, reducing material costs and repair expenses.

The Godwin Group’s Road Runner remote dump system is designed to create a safer, more productive paving operation by allowing the truck driver to share dump bed functions with the paver operator. The driver engages the PTO and the truck automatically connects to a remote control. The remote allows the paving operator to control the up-and-down of the dump bed and the locking and unlocking of the tailgate. This creates a more efficient production pace by eliminating the need for hand signals from the spotter, who can remain safely away from the flow of vehicle traffic. 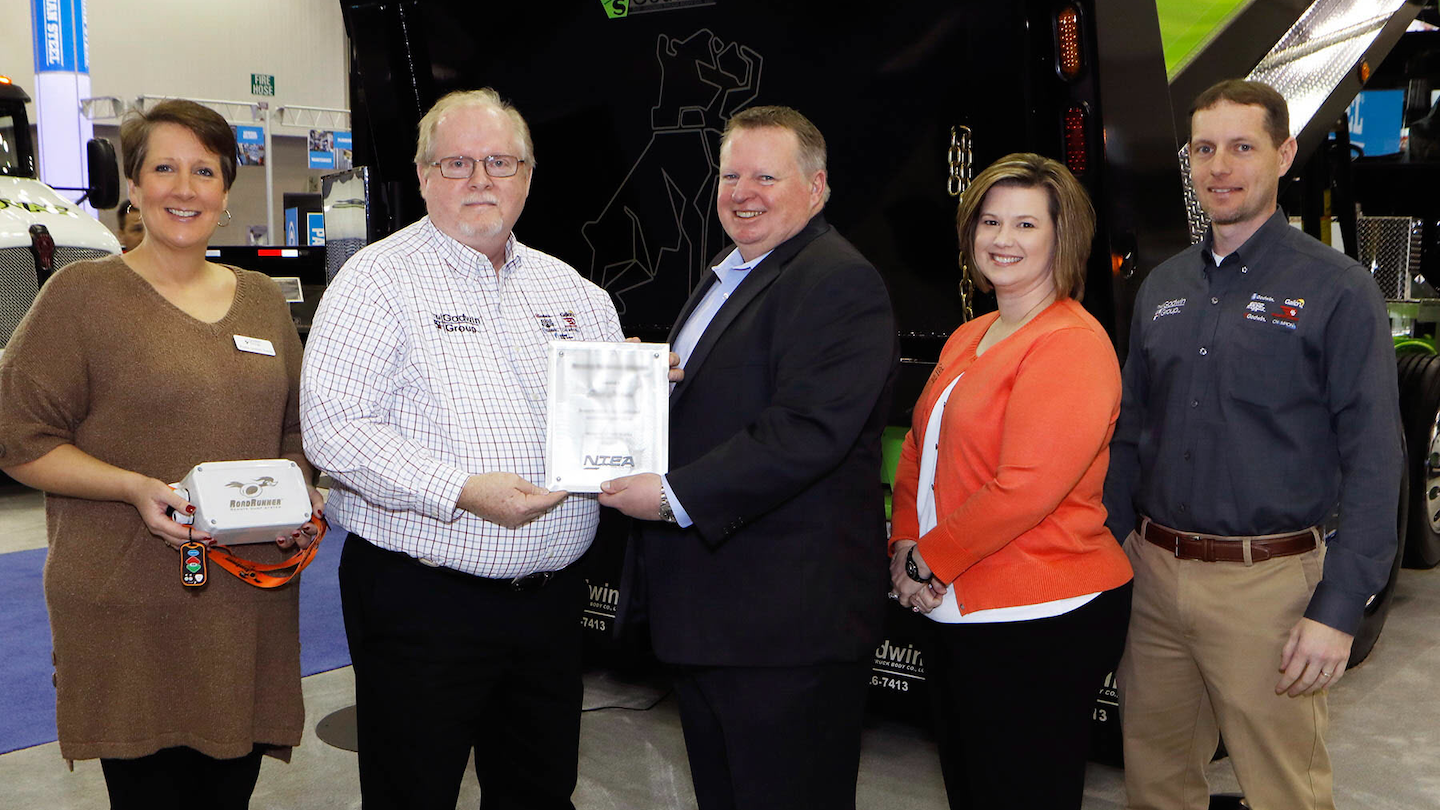 “Every year at The Work Truck Show, exhibitors showcase the newest, most innovative work truck products,” says Steve Carey, NTEA president & CEO. “This is the place where attendees can see the equipment and technology that’s shaping the future of the industry and learn how it can improve their own operations.”

E-ticketing can take the place of paper-based systems for managing material delivery and logistics, enhancing driver safety during COVID-19 in the process.
July 21, 2020

The move toward connectivity, electrification and automation continues despite the pandemic.
Curt Bennink
July 14, 2020