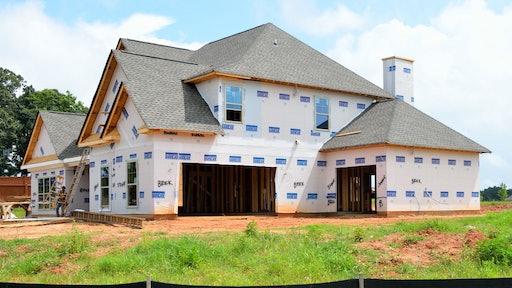 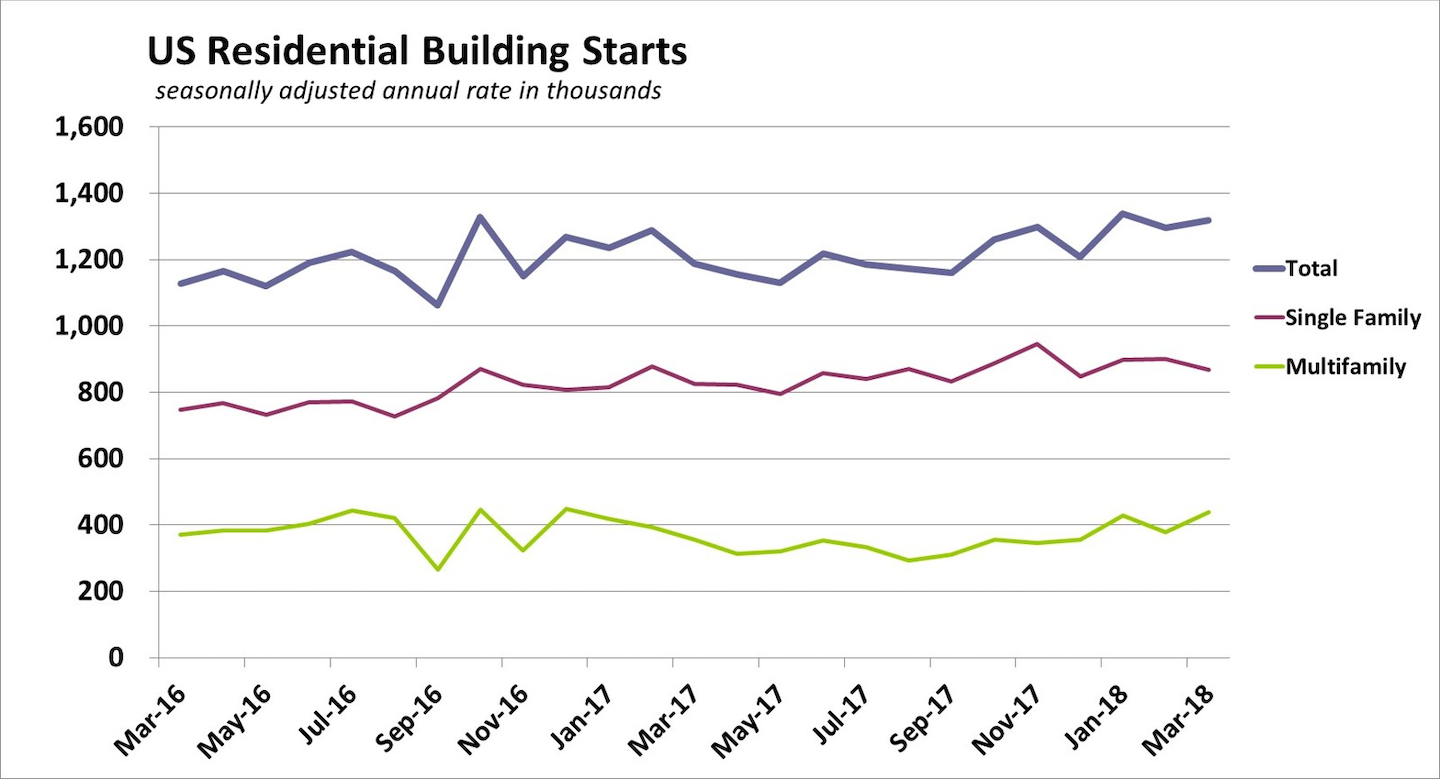 Preliminary data for the early part of the year are notoriously volatile, exacerbated by the frequency of winter storms. Early data from this seasonally slow time of the year are often incomplete, which appears to have been the case this year. The new data show homebuilding is off to a strong start, with overall starts through the first three months of this year running 8.0% ahead of the same period one year ago. Single-family starts through March are 7.0% higher than they were in the first quarter of 2017, remaining near a post-recession high pace of construction.

Multifamily starts are up 10.2% over the first quarter.

The improved data appear to be mostly due to stronger growth in the West, where starts through the first three months of the year are up a whopping 34.2% from last year and single-family starts are up 26.5%. The West is where economic growth has been the strongest and homebuilding has generally lagged behind population and employment growth.

With home prices soaring, governments have become more proactive at trying to pave the way for more residential development, even in California. Home buyers out West are also seeking more affordable markets in California’s Inland Empire, the Central Valley, and in Nevada, Arizona and Utah.

Harsh winter weather in the East and Midwest is still evident in the housing data. Overall starts in the Midwest through March are down 6.3% from one year ago and single-family starts are down 3.0%.

The Northeast has fared somewhat better. Overall starts through the first three months of the year are up 9.0%, but single-family are down 4.8%. Moreover, overall permits through March in the Northeast are down 1.5% and single-family permits have fallen 3.6%. We would expect these data to improve once things warm up in May and June.

Housing starts fell 0.6% in the South during March, pulled down by a huge 9.8% drop in single-family starts. Through the first three months of 2018, overall starts in the South are running 0.5% below their year-ago pace, while single-family starts are running 2.7% higher. The South and the West have accounted for a near-record 76.5% of housing starts over the past year. The unusually high concentration of housing starts in these two regions may be heightening concerns about shortages of lots, labor and building materials. 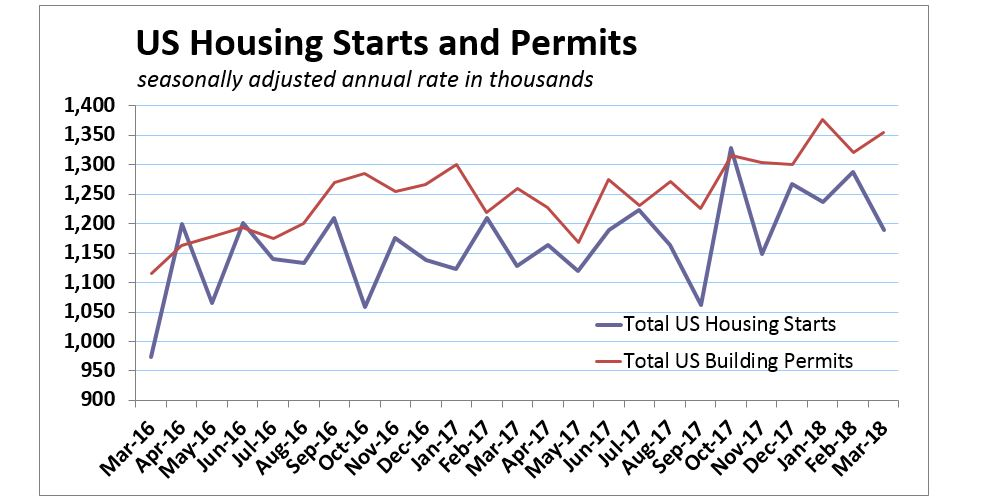 May 3, 2018
Latest in Construction Grade