UPDATED 10/7/2020 -- In the context of a change in Federal Reserve Bank policy that will likely hold short-term interest rates near zero for years Chairman Jerome Powell said the recovering U.S. economy faces a "tragic"risk of recessionary “downward spiral” in which job losses would reduce spending, forcing businesses to cut even more jobs without further federal support. Later on Tuesday, October 6, President Donald Trump recalled his administration’s negotiators who were working with House Democrats on details of a long-awaited Federal stimulus package.

Forbes points out that the president tweeted the previous Saturday that the U.S. “WANTS & NEEDS STIMULUS” and calling on his aides and Congress to “WORK TOGETHER AND GET IT DONE.” On Tuesday Trump tweeted that he'd instructed his representatives to “stop negotiating until after the election,” adding that, if he wins, he would immediately “pass a major Stimulus Bill that focuses on hardworking Americans and Small Business.” Trump also said he instructed Senate Majority Leader Mitch McConnell to “focus full time” on the nomination of Amy Coney Barrett.

The S&P 500 had begun to climb on Tuesday before Trump’s announcement, on Twitter. It slid more than 1% soon afterward, and ended the day down about 1.4%. Trump reversed course again after the market's move by tweeting at Congress that he would sign a bill that provided $1,200 stimulus checks to voters.
An AP story at ChicagoTribune.com reports that Powell's speech to the National Association for Business Economics observed the current economic recovery has slowed in recent months compared with its rapid improvement in May and June. Incomes fell in August. Job growth weakened in September, slowing to just 661,000, less than half the gains of 1.5 million in August and 1.8 million in July. The economy has recovered only slightly more than half the 22 million jobs that were lost in March and April.

In recent months, in speeches and in testimony to Congress, Powell has repeatedly urged lawmakers to enact an additional economic aid package. Fed chairs typically avoid inserting themselves into policy debates, but Powell has stressed that the Fed can only lend money to help spur growth.

Observations on the state of the construction economy by economists with the Associated General Contractors of America, the Associated Builders and Constructors and other construction groups and companies have called for stimulus weekly through much-needed infrastructure work since Democrats advanced a multi-trillion-dollar relief bill to the Senate in the spring.

The president did sign a continuing resolution last week that extends the FAST Act through the next fiscal year, but that does not provide the long-term stability required to get big projects off the ground. With a construction industry still working at or near capacity, but backlogs starting to weaken, that’s a missed opportunity to move money into weakening recovery.

The prospects of Donald Trump’s withdrawal from negotiation for stimulus being a short-term delay are poor. This legislation has been kicked from the House of Representatives to the White House over and over while the effects of the initial trillions in stimulus waned.

The president’s promise of ‘immediately passing a major Stimulus Bill’ after November 3 is a dramatic overestimation of his less-than-reliable record as a political deal-maker intended to obscure the fact that he’s walking away from his last guaranteed shot at supporting the economy, the construction industry and the American people. 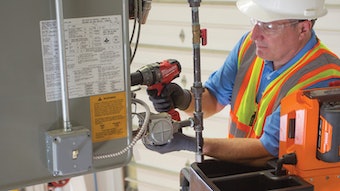