How Much Can Cat and Deere's Hybrid Earthmovers Save Your Company?

Caterpillar's 336E Hybrid excavator and Deere's 644K Hybrid loader are both moving about 50% more tons of material per gallon of fuel burned. Can you afford not to check them out? 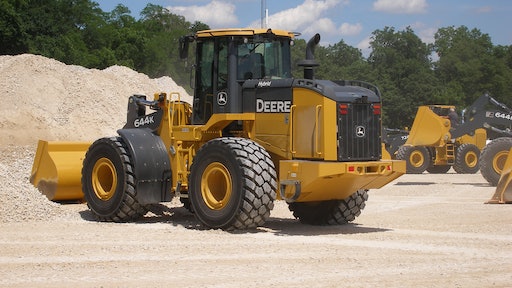 Don't mistake today's hybrid construction equipment for simple green marketing, or for diesel emissions technology mandated by regulation. At present, hybrid earthmovers address no regulatory compliance, and they don’t impose any weak compromises. They’re being built because they can reduce many users’ operating costs.

Despite the fact that the Deere loader is a diesel/electric hybrid and the Cat hoe uses a hydraulic system to reuse wasted energy, the similarities in the machines are notable:

The message here is that buying these hybrids does not mean sacrificing productivity in the name of ecology. The machines are more productive -- largely because they run at constant engine speed, but also thanks to many contributing innovations -- in addition to burning less fuel.

After doing some stockpile work with both the 644K Hybrid and conventional 644K at Deere's Coal Valley, Ill., demonstration facility, I can attest that the hybrid loader does indeed make an inexperienced operator better.

The loader’s engine runs at constant engine speed – 1,800 rpm, at the sweet spot in its power band. Any operator will benefit from having full engine power always at hand when charging the pile and raising a full bucket. No need to feather in the power as needed; it's always there.

Of course they're more expensive.

The list-price premium for a 644K Hybrid is $53,325 -- about 17 percent -- over its conventional counterpart. Deere says the fuel-economy advantage alone, in an application where the loader is working 2,000 hours a year, will earn back that premium in four years. Cat says its 37-tonne 336E hydraulic-hybrid excavator will break even on its 9-percent premium in 2,000 hours of work.

Deere has been shipping the 644K Hybrid loader, and Caterpillar the 336E Hybrid excavator since March.