Did you know Washington D.C. has a building height restriction that's been in effect since 1910? 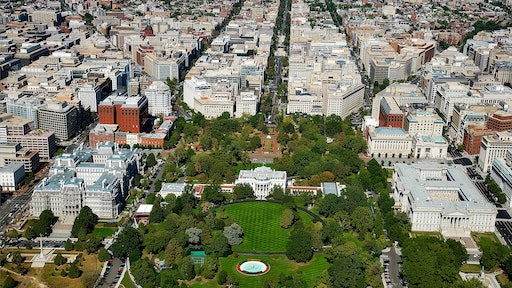 We live in a world of skyscrapers and a race to see who can build the tallest building, which depending on your preferences you may like or dislike. So I was pleasantly surprised when I discovered that Washington D.C. actually has a law restricting building height.

This law is not new; it's been in place since 1910, which is part of the reason I was surprised. It seems out of place to still have a law like this around over a century later. But to be honest, I like it. Washington D.C. is a town steeped in U.S. history, and part of that history is all the wonderful architecture of the buildings. And new buildings need to be creative to fit within the height restrictions, so architects, designers and contractors are creating buildings that stand out architecturally as compared to the giant, glass towers of the more modern design era. Cairo apartment building in Washington D.C. stands 14 stories tall.AgnosticPreachersKid at en.wikipediaMany believe the myth that the height restriction is so that no building is taller than the Capitol, or that the restriction was put in place to preserve views of the Capitol and Washington Monument. But these appear to be just that, myths. The Height of Buildings Act of 1910 states that no building could be more than 20 feet taller than the the width of the street that it faces. (That in itself I find interesting). But why?

A little research shows that the height restriction actually dates back to 1899 after the 14-story Cairo apartment building in Dupont Circle was built. There were concerns about whether the building was structurally sound and whether the existing fire-fighting equipment would be able to reach the top floors in case of emergency. With safety being the top concern — not the views of the city — Congress enacted the Height of Buildings Act limiting buildings to a height of 110 feet. However, in 1910, Congress amended the law creating a new and current height restriction which limitss commercial buildings to 130 feet or roughly 11 stories, according to Lucy Kempf from the National Capital Planning Commission.

An added benefit - the building height restriction does preserve the views of the city and the "light and airy" character of Washington originally envisioned by Thomas Jefferson.

Some people don't like the height restrictions. In fact, in 2013, the D.C. Office of Planning and the National Capital Planning Commission explored potential alterations to the Height of the Buildings Act of 1910. Some are concerned the inability to build up is restricting the addition of commercial businesses and even residential space causing these possible city dwellers to move to areas outside D.C. where taller buildings will accommodate them. 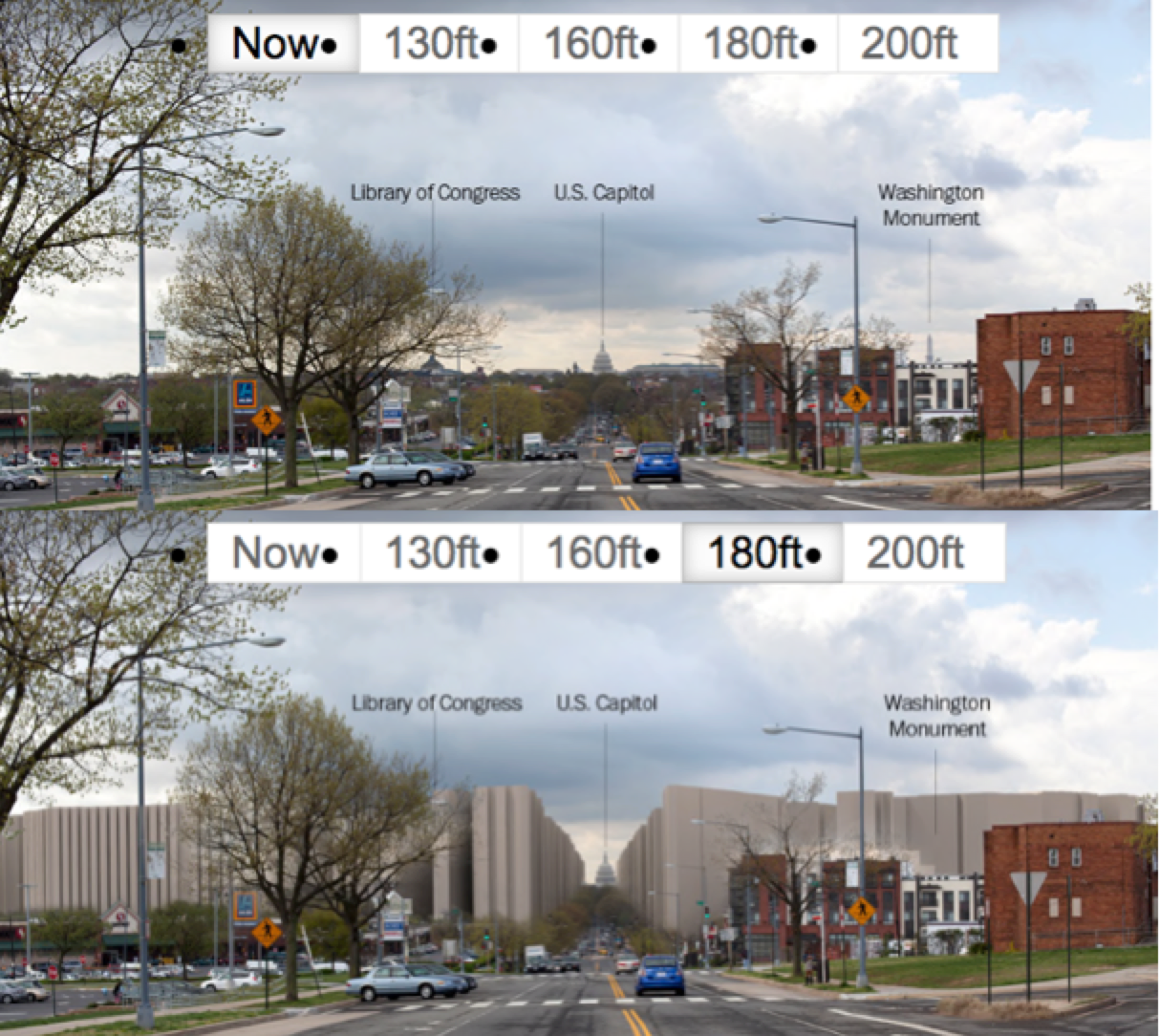 These renderings show one possible alteration which considers raising the height limit in high- and medium-density areas within the urban plan of city planner Pierre Charles L'Enfant. This shows a comparison of what the city looks like now and what it could look like if the height limit was 180 ft.Washington Post 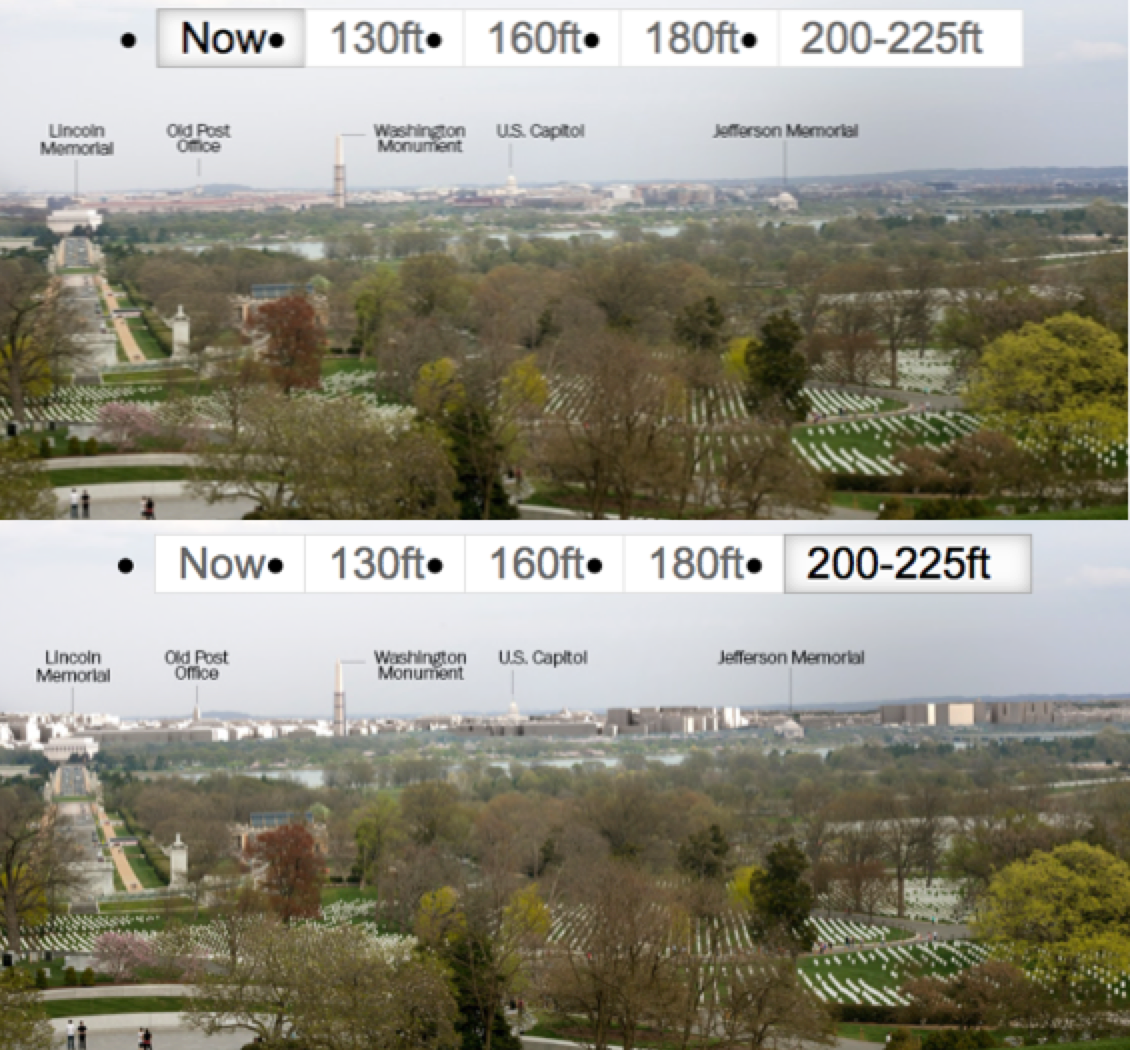 This comparison shows what D.C. could look like if the height limit was raised to 220 to 225 ft. in selected clustersWashington Post 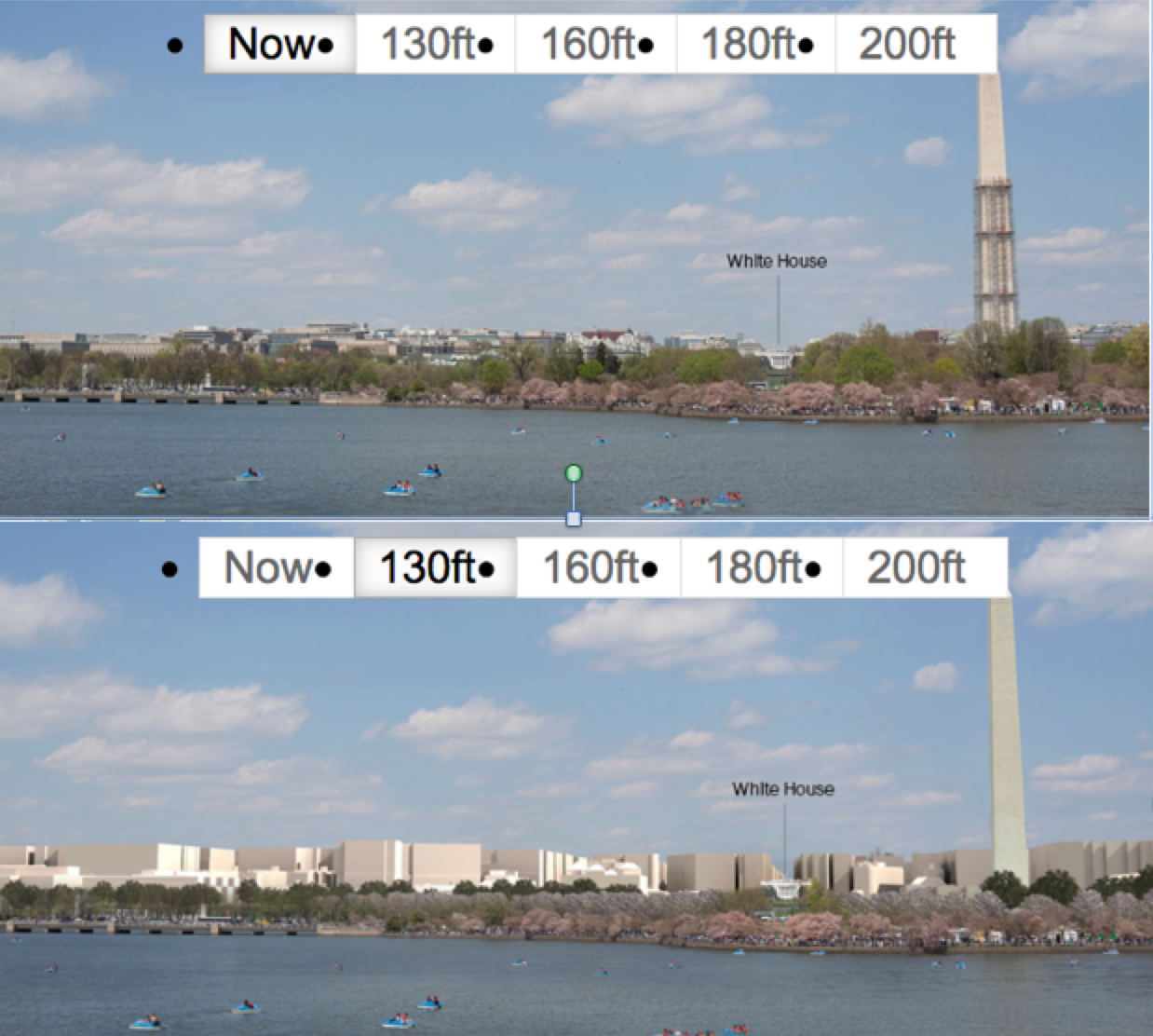 This example shows what the city could look like if the height limit was raised uniformly citywide to 130 ft.Washington Post

Ultimately, the decision was made to not raise the height limit.

I haven't read all the research, but I wonder about what affect adding taller and possibly heavier buildings to a city built on a swamp would have. Mexico City was built on a lake, and the city has been sinking ever since. Washington D.C. does have the occasional sink hole that pops up, so how might changing the building height restriction affect the ground the city is built on?

It's a heated debate, with a lot of questions. But I, for one, like the idea of keep the height restriction and the unique "flat top" look of the city. As Kempf refers to it, it's part of the "authentic experience of our nation's capitol."

What do you think? Which side of the debate do you fall on?

The Biden-Harris administration has nominated a broad slate of appointees to take over crucial positions within the U.S. Department of Transportation.
Jessica Lombardo
January 25, 2021
Latest