Software helped Eli Lilly & Co. save an estimated $4.3 million on rework and deliver $400-million, 158,000-sq.-ft. manufacturing plant in Ireland 2.5 months ahead of schedule 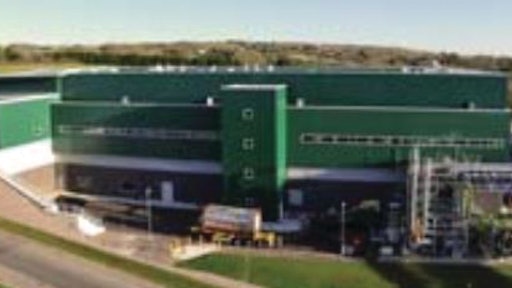 On a previous project in 2005, Lilly suffered from poor quality of construction, a challenge that resulted in:

As a result, Lilly designed an extensive Construction Quality Management (CQM) program to meet its quality and documentation goals on IE42 and future projects. The process would reduce the number of QA/QC issues that would impact commissioning, which would, in turn, assure that the facility was delivered on-time and as-specified. Latista’s mobile and web-based platform was the centerpiece of this program. It allowed users to conduct inspections and monitor quality on the jobsite while giving Lilly transparency from anywhere in the world. Latista unified Lilly’s CQM process in one program for all stakeholders.

Eli Lilly & Co. is the tenth-largest pharmaceutical manufacturer in the world. In 2005, after a string of struggles qualifying new facilities, Lilly began to examine the impact of construction quality on commissioning and qualification (C&Q). They determined a solution was needed that would allow their project teams to control quality on projects during construction, rather than beginning the QA/QC process during the commissioning phase.

Web-based and mobile construction automation software, in combination with a disciplined construction quality management (CQM) program, was that solution. Lilly implemented Latista as a central part of the technology solution selected for IE42. IE42 finished construction and was occupied in April 2010, two months earlier than its expected completion date.

Delaying a new facility’s start-production date, or starting operations with faults that risk having to halt production to correct them, can measurably cost millions of dollars.

Demonstrating quality construction is critical for all stakeholders on pharmaceutical projects, so a transparent and documented process is important. Documenting progress and processes helps ensure that systems are commissioned properly and that the facility meets regulations. For Lilly project teams, this means that, “if activities have not been documented, they have not been performed,” according to Beck.

With the goals of quality and documentation in mind, Lilly designed a rigorous process to meet these ends and wanted to ensure that project teams used them in the construction phase of IE42 and other projects. The process would reduce the number of quality issues that would impact commissioning, which would, in turn, assure that the facility was delivered on-time and as-specified.

Users could access information in the field using one of 15 mobile tablet PCs.The five main categories for monitoring quality included:

Inspectors entered deficiencies into the Latista database using mobile tablet PCs and pre-loaded, standardized checklist and supporting documentation such as drawings and specs. Once synchronized, the system automatically created reports of issues and distributed them to defined recipients. Subcontractors received automatically emailed notifications of deficiencies, made corrections and logged into the Latista web to update statuses.

Lilly representatives and quality managers could also log in to see a graphical dashboard of IE42’s progress and quality statistics. Latista was also used offsite to create quality inspections on the facility’s system modules being constructed in Estonia - 1,500 miles from the jobsite in Ireland. Inspectors in Estonia checked modules in the factory, made corrections and synchronized notes to Latista’s web platform so that Lilly representatives could follow the process.

The solution allowed quality-conscious employees at every level and location to analyze the project, looking for possible areas of improvement, and to share responsibility for quality. When modules arrived for placement at the jobsite, many of the deficiencies had already been found and corrected, eliminating costly rework.

Automating the quality program allowed Lilly to bring the entire project team together on field observations and conformance tests. The Latista mobile and web-based platform, implemented on tablet PCs in the field, improved inspectors’ accuracy and efficiency. A a result, Lilly had better data on performance and transparency to the subcontractor level.

Data collected from inspections in Latista gave Lilly insight into IE42’s construction, since they could view quality and correction trends.

“Data allowed us to track issues by discipline type and focused on key areas,” said Beck. “It provided a deeper assessment of performance and allowed us to drive improvement.”

The success of this CQM effort demonstrated the effectiveness of Lilly’s learning, as the vast majority of quality issues were identified earlier, when they were still the contractor’s responsibility and long before they could affect the facility’s operations. The project team could identify and correct problems as they occurred, preventing rework and eliminating deficiencies long before the C&Q process started.

As part of the automated CQM process on the IE42 project, Lilly kept detailed issue information in Latista, including severity information and the expected impact of the issue on C&Q. As a result, they were able to identify and resolve 78 percent of deficiencies - 66 percent of which would have impacted commissioning - before transferring the facility’s care, custody and control from the project team to Lilly.

Overall, automating the CQM processes and documentation allowed Lilly to finish IE42 faster and at a lower cost.

“We see a construction quality management program as the cornerstone for any successful Latista implementation,” said Chris Ramsey, Executive Vice President of Latista. “Lilly demonstrated that investing in the software and implementation services necessary to automate quality management has immediate return-on-investment for capital project owners. They further demonstrated that CQM, in combination with a technology solution, has long-term positive effects operations and profitability of new facilities.”