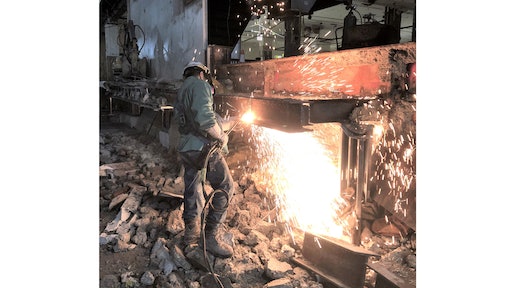 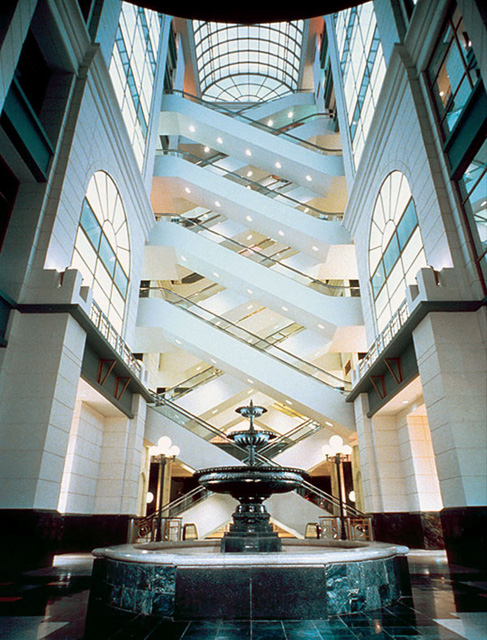 The Macy’s on State Street project, formerly Chicago’s famed Marshall Field’s, involved separation of the top seven floors of this 14-story retail building into commercial office space. This included providing a new street level entrance, a full strip-out on all floors, new transportation way from the first floor to the 14th floor, and separating all utilities (water, electric and HV/AC systems) from the existing retail space.

The city block called Marshall Field’s State Street was at one time made up of several smaller clusters of buildings bordering State, Washington, Wabash and Randolph streets. These were designed and built between 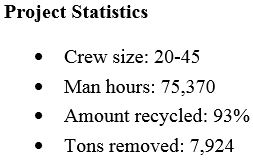 1892 and 1914 and comprised of over 2.7 million square feet. In 1933, Marshall Field’s opened the first modern escalator in a retail store. This property was designated as a Chicago Landmark enacted under a municipal ordinance in 2005. In that same year, the building was renamed to Macy’s. 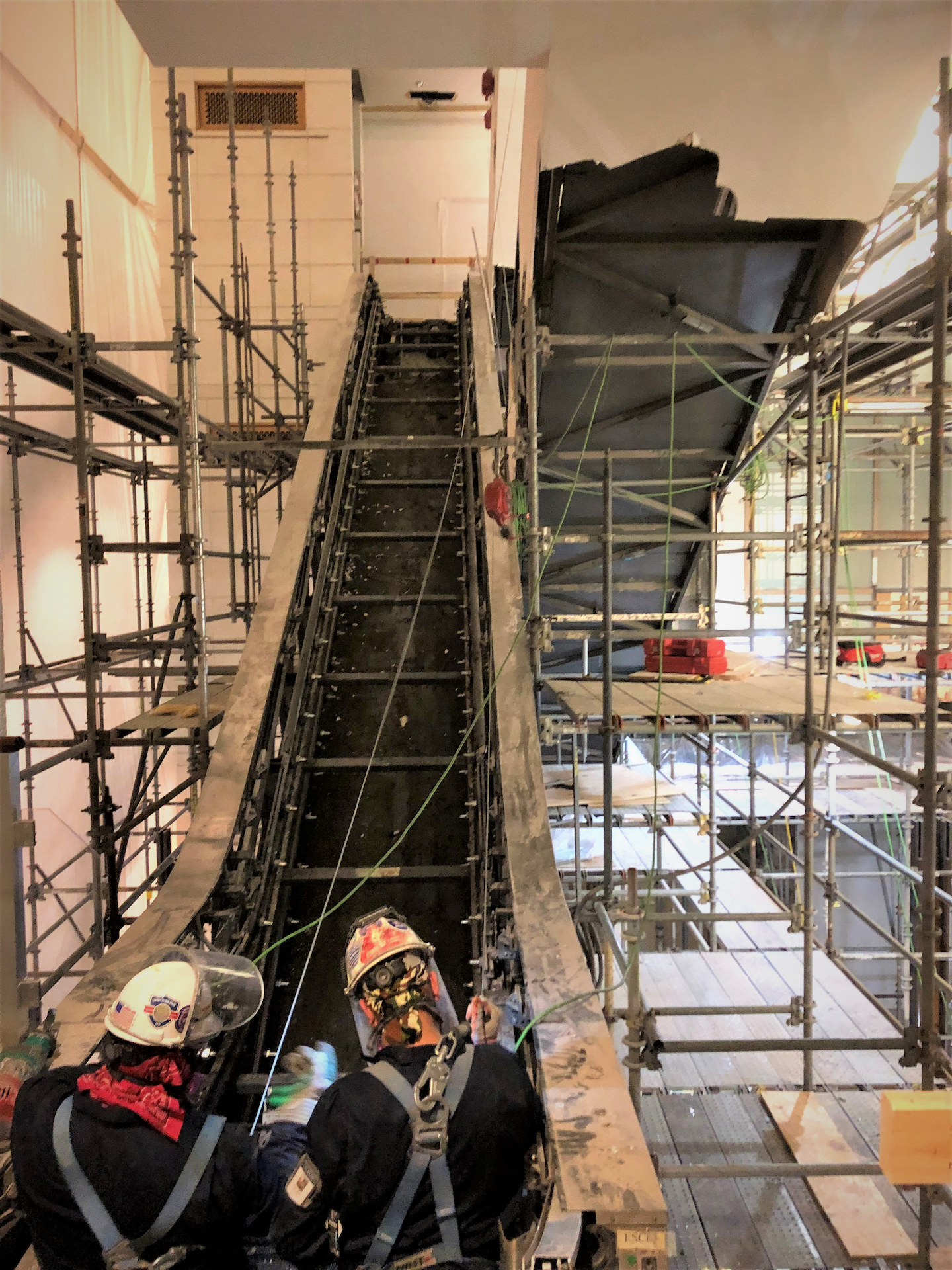 The building has many areas of historical notoriety, such as the two iconic “great clocks,” a 13-story atrium open from the first floor to the 13th floor skylight, the seventh floor Walnut Room atrium where the two-story Christmas tree is displayed, and the six-story atrium Tiffany ceiling mosaic.

The space provided many other services other than the retail space, such as kitchens that produced the famous Frango mints candy, fur coat storage vaults that were two stories high, large water storage tanks for fire suppression, a walk-in bank vault, carpentry shop, and a garment pressing and alterations shop, all of which were removed 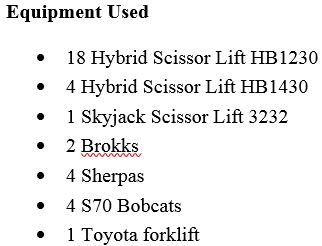 in its entirety. The top three floors sat vacant for several years.

Environmental concerns included asbestos-containing items, lead-based paint, silica, mercury switches, PCBs and heavy metals. The process was overseen by the Kinsale Contracting Group team and Midwest Environmental Consulting Services Inc. to ensure the safety of all employees and the public. Air monitoring was a constant part of this process.

Safety was critical in the performance of the project. Crews worked day and night shifts to accommodate the retail space and public. A daunting task was moving the large amount of demolition debris throughout the building and off the loading dock. Scaffolding and catch deck/nets were installed to separate the upper floors from the lower floors within the skylight atrium. Scaffolding was erected in the main atrium of escalators and stairs that served the retail space in an open 200 foot high grand entryway. A total of 29 escalators were removed from the project. Prior to each day’s tasks, PTSAs were developed and reviewed by the entire team that were performing the work. Special consideration was taken as the building remained occupied for the duration of the work. The public continued to shop and dine throughout the remaining seven floors and lower level of the building.

The project will allow for office space, fitness club and a rooftop amenities space. This will facilitate a unique atmosphere for employees to work, shop, dine and entertain within a space that was previously underutilized.

“We attribute the success of the project to the team mentality from the general contractor down to all the trades involved working together and pre planning for the following trades task,” says  Robert Duermit, Kinsale’s president. “Always keeping in mind who was working in the space and who was scheduled to work in the space next.” Duermit continues: “Success to me is a safe and productive job site, always utilizing safety to increase production. The project’s success was also due to the ability of the team to work together and brainstorm each other’s task and how we can perform them safely and utilizing our experience utilizing all trades in the process. That proved to be invaluable throughout the project. We experienced many new challenges in 2020 on the project, from COVID-19 and new social distancing guidelines, daily health screenings, and cleaning and disinfecting to ensure our crews safety. Civil unrest and looting of the retail space in Chicago presented another issue of enhancing job site security of equipment and protecting our crews from violence. We made it through together as a diverse team of all trades united.”