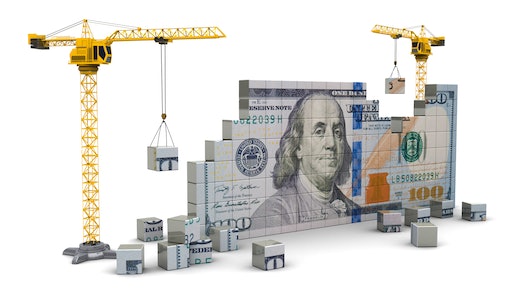 The potential escalation and retaliation in the ongoing U.S.-China trade war could significantly impact the US construction industry if no deal between the two countries is reached in the coming months, says GlobalData, a leading data and analytics company.

The immediate impacts of the tariffs that were imposed by the U.S. government last year on a wide range of Chinese products along with the tariffs on steel, aluminium and Canadian lumber are already being felt by the industry. Many of the Chinese goods required to construct houses and other buildings in the US are still subject to 10% tariff imposed by the U.S. government last September. This 10% tariff added to Chinese goods was expected to increase to 25% on March 1, 2019, but in late February, President Trump announced that he would delay applying additional tariffs on Chinese exports citing “substantial progress” in trade talks between the two countries.

Dariana Tani, construction analyst at GlobalData, says, “Any rise in tariff rates will lead to higher costs of imported building materials. This could result in slower growth and job creation in the construction industry and affect infrastructure spending; disrupting supply chains and companies’ operations, as well as reducing investment, and putting more projects and construction loans at risk.”

Chinese tariffs on US products could also curtail investment in new construction projects in the US. For example, in October 2018, the construction of a liquefied natural gas (LNG) export terminal project in Louisiana was put on hold by Australia’s LNG Limited after the Chinese government set a 10% tariff on US LNG exports.

“Around half the value of US imports consists of intermediate goods such as raw materials, machine parts, industrial inputs and capital equipment," says Tani. Most of the Chinese imports currently subject to tariffs fit this category. By increasing the tariff rate on these products, the Trump administration is in effect imposing a tax on US contractors in the form of higher building materials costs.”

At present, local steel producers are not able to increase production to meet the demand that is being met by foreign suppliers; and as a result contractors will experience delays in supplies if they switch to local producers.

At the same time, government efforts to reduce regulatory costs are expected to lower construction costs in the long term but not sufficiently to offset higher costs for building materials.

A major concern for contractors is that they may be forced to find new suppliers and pay higher prices for materials if they cannot source what they expect from existing suppliers. Contractors and subcontractors will have to incorporate higher prices and price risks into their bids. To avoid raising costs to customers, contractors could also start to cut corners in the building process, comprising the safety and durability of projects.

Tani concludes: “Although there are signs that a trade deal between the two countries could be on the horizon, many challenges remain. There is no indication that the existing tariffs will be reduced any time soon, and the longer they remain in place and their effects go on, the more risk the construction industry will experience. In addition, a significant degree of policy uncertainty is threatening investment and productivity in the industry, as President Trump has not yet specified what the new deadline for raising tariffs will be. Even if a trade agreement is reached in the near term, it will lack the required enforcement to ensure that Chinese officials will commit to the structural reforms that the US government is demanding, especially in terms of policies related to intellectual property in the technology industry.”