While confidence grew in the month, the 2019 outlook for equipment and software investment dipped on manufacturing's softening 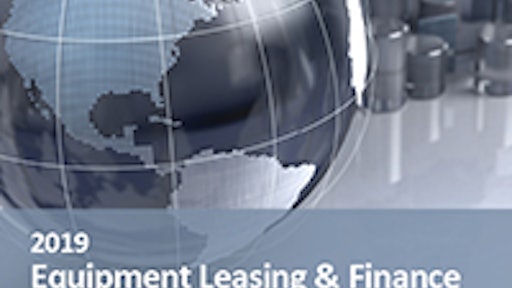 Equipment and software investment growth is likely to reach 3.9% in 2019, according to the latest update to the 2019 Equipment Leasing & Finance U.S. Economic Outlook. This is a pullback compared to the Q2 update published in April, which forecast 4.5% growth for the year.

The slowdown comes after two consecutive years of solid growth. According to the update, business conditions for the equipment finance industry softened in the first half of 2019 on weakening in the U.S. manufacturing sector. Investment growth in several key verticals was also expected to slow or contract in the second half of the year.

The Foundation-Keybridge U.S. Equipment & Software Investment Momentum Monitor, which is included in the report, tracks 12 equipment and software investment verticals. In addition, the “Momentum Monitor Sector Matrix” provides a customized data visualization of current values of each of the 12 verticals based on recent momentum and historical strength.

Yet, on the whole, the economy remains on track to expand. "In light of stronger-than-expected growth in Q1, the economy is expected to grow 2.5% in 2019, up from the previous estimate of 2.2%," Elliott noted.

Other highlights from the Q3 update:

For further insights, see the video highlights below:

While the U.S. Economic Outlook showed signs of easing, overall confidence in the equipment leasing and finance sector saw a rebound in July, climbing to 57.9 from the June level of 52.8, according to the Equipment Leasing & Finance Foundation July 2019 Monthly Confidence Index for the Equipment Finance Industry (MCI-EFI).

Designed to collect leadership data, the Monthly Confidence Index reports a qualitative assessment of both the prevailing business conditions and expectations for the future as reported by key executives from the $1 trillion equipment finance sector. 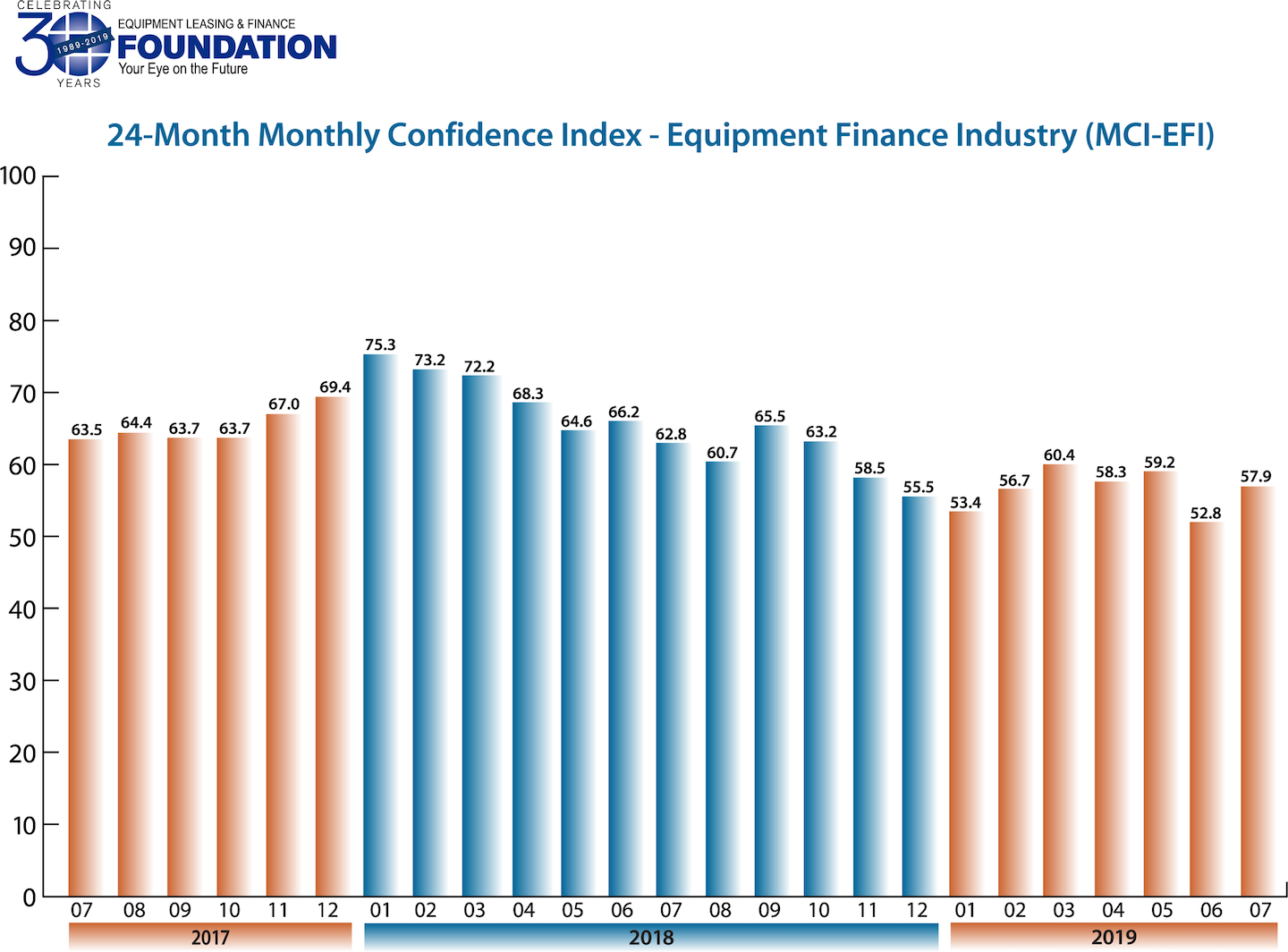 When asked about the outlook for the future, MCI-EFI survey respondent David Normandin, CLFP, President and CEO, Wintrust Specialty Finance, said, “The metrics remain solid for the U.S. economy and specifically small business lending. Our application volume continues to grow and conversion rates are strong. The inherent risk in the portfolio continues to be good and performance continues as it has been, with extremely low defaults.

"My concerns continue to be overly aggressive credit quality and pricing in the overall market," he continued. "These historically are the indicators of challenges to come, and therefore we remain focused on these metrics in our business.”

Quentin Cote, CLFP, president, Mintaka Financial, LLC, is optimistic based on low unemployment, which should lead to increased wages and consumer spending that will continue to drive the economy. However, he cautioned, "I’m concerned about delayed impacts of trade wars negatively affecting product prices and stanching demand for capital and consumer goods.”

Michael Romanowski, president, Farm Credit Leasing, echoed these concerns. “Our customers continue to be challenged by low commodity prices and uncertainty over tariffs,” he noted. “This is impacting decisions regarding large capital investments, which is muting our growth opportunities.”

“Demand is stable but the types of transactions we are seeing are not for business expansions; they are more replacement equipment deals," Valerie Hayes Jester, president, Brandywine Capital Associates, pointed out. "The mood I sense is a concern that the economy may be at its peak and a decline may commence in the second half of this year. This type of sentiment usually means a weakening in demand for finance.”

Speculation about the ecommerce giant converting unused mall space likely underestimates how many will be new construction
September 29, 2020
Follow Us