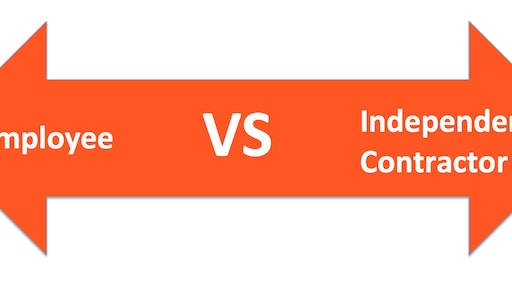 Unfortunately, worker misclassification is becoming an increasing problem in the U.S. construction industry. To combat improper worker classification, the Department of Labor's (DOL) Wage and Hour division released a memo in July 2015 with six guidelines that employers can use to know whether a worker should be classified as an employee or an independent contractor. While designed to help inform employers, these guidelines can also help workers understand whether they are acting as an independent contractor or should be classified as an employee.

Is That an Employee or an Independent Contractor?

Proper worker classification ensures employees receive workplace protections such as the minimum wage, overtime compensation, unemployment insurance and workers’ compensation. Misclassification can create an uneven playing field for employers who properly classify their workers. While some contractors purposefully misclassify workers to cut costs or avoid labor laws, be warned that intentionally worker misclassification is against the law.

Many states are stepping up to combat worker misclassification in the construction industry.

1. Is the work an integral part of the employers business?

An independent contractor has the possibility to both make a profit and experience a loss, and their managerial skills will affect these opportunities.

3. How does the worker's relative investment compare to the employer's investment?

4. Does the work performed require special skill and initiative?

The DOL memo uses the following example to illustrate this guideline:

If a carpenter uses the specialized skills of his craft on a job but does not decide when or where the work is done, order materials or choose which job to bid on next, he probably is not an independent contractor. A carpenter who custom-crafts cabinets for multiple construction firms, markets his services, orders materials and chooses which orders to fill is exercising skills common to independent contractors.

5. Is the relationship between the worker and the employer permanent or indefinite?

"The key is whether the lack of permanence or indefiniteness is due to 'operational characteristics intrinsic to the industry' or the worker's own business initiative."

6. What is the nature and degree of the employer's control?

(Read the entire DOL memo for further details on the six guidelines...)

Is the Crackdown on Illegal Construction Contractor Practices Just Getting Started?