Is building horizontal skybridges a solution to space restrictions or will it cause a bigger problem? 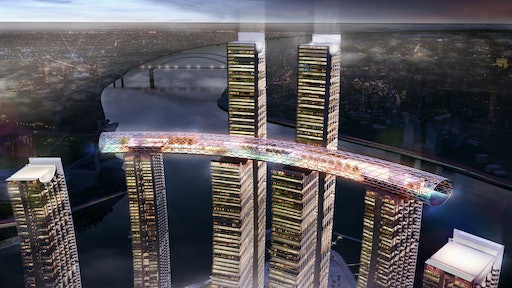 Skywalks are not new. However, just as the race to build the tallest skyscraper continues, it seems the challenge is now on to build the highest skywalk. Raffles City Chongqing, China, is a project consisting of the construction of eight skyscrapers which will house homes, shops, offices, entertainment, transportation links and a public park. 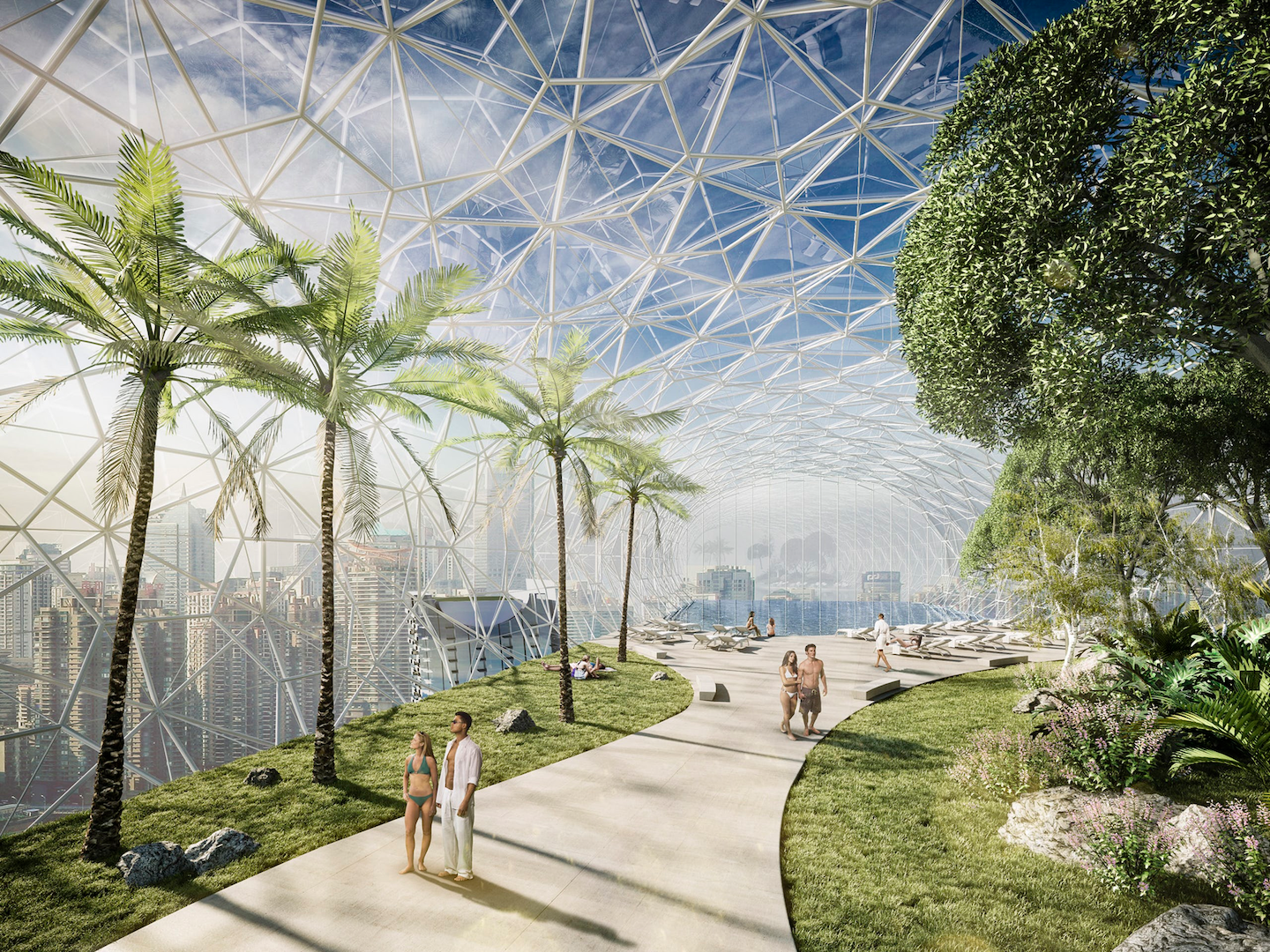 Rendering of the glass Consesrvatory.Safdie Architects

Stretching across the top of four of these towers is a "horizontal skyscraper" — also known as the project's conservatory. This is set to be the world's highest skybridge — until someone else ventures to go even higher.

The skywalk will rest on top of the four towers, rising up above 42 stories. The skywalk will be just over 984 feet long. It is set to "float" on top of the towers to create the necessary sway, since the building is located in an earthquake zone. The skybridge will house a public observatory, a residents' clubhouse, hotel lobby, restaurants and an outdoor viewing deck.

In theory, it's a practical idea that will allow people to move between the towers without going all the way down to the ground floor. Plus, if we start to travel between buildings using skybridges — and if more skybridges connect more buildings — perhaps there will be a savings to the environment and our wallets with less being spent on fuel and less vehicle emissions.

But I'm not convinced. While skybridges are not new, this is the highest one has ever been built. I would venture to believe the engineers and architects have done their due diligence to ensure this skybridge will be safe. Safety, of course, should be a top concern.

Panoramic view from atop the Raffles City Chongquing conservatory after it was secured into place.Safdi Architects

But another concern I have is for the people down below. While building taller and taller skyscrapers has the potential to block the sun from reaching street level, you at least have the breaks in between the towers. Now, if we continue to build these skybridges at higher levels, what is the impact on blocking the sun to the ground below? Or will these skybridges become the new home to parks and green space, rendering the ground below a place of the past that no one wants to visit?

While it's an interesting solution to finding more space in already densely populated areas, I wonder if humans are overstepping boundaries and now laying claim to the sky. As mentioned in an article in The Guardian, Raffles City Chongquing architect Moshe Safdie suggests that in the future zoning will have to be more three-dimensional and include the ground level of a property and above it.

Boy, that sounds like it could be a complicated issue that will cause multiple problems.

What do you think? Are "horizontal skyscrapers" the solution to lack of building space? Will they cause more harm than good?

How high should skybridges be built?