All parties named in the FIU bridge collapse case have signed settlement deals except Louis Berger, an engineering consulting firm hired to double-check designs and calculations 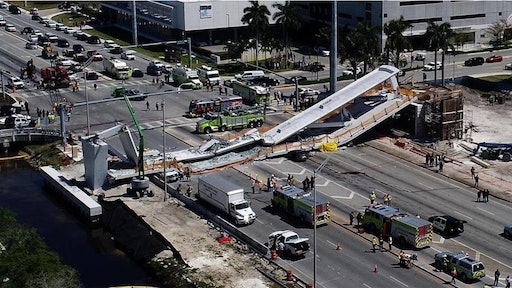 Six people were killed and at least 8 injured when the FIU pedestrian bridge collapsed in 2018.

Monetary settlements for the victims and their survivors from the 2018 Florida International University pedestrian bridge collapse have been reached with all parties named in the legal battle except one — Louis Berger, the engineering consulting firm hired to double check the designing engineering firm's design and calculations.

Louis Berger had one engineer assigned to the FIU bridge job. This person allegedly conducted an inadequate review of an intermediate stage of the project, according to a recently released OSHA report.

“If Louis Berger had checked the design at Stage 3, it could have discovered structural deficiencies in the design, and this incident could have been prevented,“ according to the OSHA report.

The next hearing for the case is scheduled for August 20.