The National Highway Traffic Safety Administration (NHTSA) is considering allowing cameras to replace both rearview and sideview mirrors on trucks. 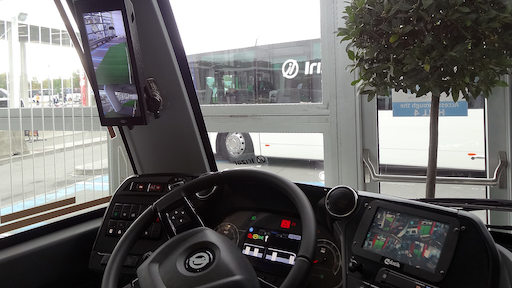 The National Highway Traffic Safety Administration (NHTSA) is considering allowing cameras to replace both rearview and sideview mirrors on trucks.

In a proposal rule, NHTSA, an agency within the U.S. Department of Transportation, announced it will be opening a 60-day comment period to gather technical information, data, and analysis on camera monitoring systems (CMS) “so that the agency can determine whether these systems can provide the same level of safety as the rearview mirrors” required under a current vehicle safety standard known as FMVSS No. 111.

In the proposal, NHTSA says part of their responsibility in carrying out their safety mission is not only to develop and set new safety standards for new motor vehicles and motor vehicle equipment, but also to modify existing standards as appropriate to respond to changing circumstances such as the introduction of new technologies.

Examples of previous technological transitions that triggered the need to adapt and/or replace requirements in the FMVSS include the replacing of analog dashboards by digital ones, the replacing of mechanical control systems by electronic ones, and the first production of electric vehicles in appreciable numbers.

“NHTSA is publishing this Advanced Notice of Proposed Rule Making (ANPRM) to gather information and receive feedback to enable the agency to decide whether (and if so, how) to propose amending FMVSS No. 111, ‘Rear visibility,’ to permit camera-based rear visibility systems (commonly referred to as ’Camera Monitor Systems‘ or ’CMS’ ) as an alternative compliance option in lieu of outside rearview mirrors or in lieu of all rearview mirrors, both inside and outside ones,” the report says.

Specifically, NHTSA hopes this ANPRM, through the public comment process, will provide the agency with additional safety-related research and data to support a potential future rulemaking on this subject.

Currently, FMVSS No. 111 requires that all passenger cars, multipurpose passenger vehicles, trucks, buses, school buses and motorcycles be equipped with one or more rearview mirrors for rear visibility. However, in recent years, there has been a growing interest among industry stakeholders in using CMS to supplement or replace rearview mirrors on both light and heavy vehicles. These systems use rear-facing cameras mounted outside of the vehicle to capture and transmit images to electronic visual displays mounted inside the vehicle, in view of the driver.

Companies like Mekra Lang and Stoneridge have been working for years to develop the digital mirror of the future that they believe can increase both efficiency and safety for the driver and traveling public.

The DVS replaces both large mirrors outside the driver’s cab with aerodynamically optimized camera wings. The resulting reduction in air  resistance decreases fuel consumption by up to 2% since there is less drag on the vehicle. Cutting-edge optics and image processing software specifically developed for trucks provide optimized imaging, covering the entire spectrum of driving situations and environmental conditions. With its software- and hardware-based self-monitoring functions, this DVS offers the driver a degree of reliability and safety.

The image captured by the cameras is presented to the driver 60 times per second in real time on high-resolution monitors installed in the driver’s cab. Optimized monitor placement within the cab ensures significantly enhanced direct vision and improved safety while driving. The system adapts the view displayed on the screens to the specific situation and provides the driver with dynamic vision while driving forward, optimized vision while backing up, as well as numerous additional assistance functions.

The MirrorEye System from Stoneridge also replaces traditional rear and side view mirrors with digital cameras and provides significant improvement over conventional mirrors. Stoneridge Inc. recently announced that its exemption application to federal law was approved by the Federal Motor Carrier Safety Administration (FMCSA), allowing its MirrorEye CMS to be installed as an alternative to conventional rear-vision mirrors currently required on commercial motor vehicles in the United States. The exemption applies solely to Stoneridge's MirrorEye system making it the only CMS that allows for complete removal of traditional mirrors in the United States.

The MirrorEye system enables drivers to continue looking at the road ahead of them, improving safety and comfort.Stoneridge-Orlaco

"This decision will help bring an innovative driver vision technology to market that will greatly improve the safety of everyone who shares the road," says Jon DeGaynor, President and CEO, Stoneridge. "The MirrorEye Camera Monitor System empowers truck drivers to avoid potential collisions by the elimination of certain blind spots, expansion of their field of view and increased awareness of the truck's surroundings. This exemption allows our customers to fully recognize both the safety and fuel economy benefits of MirrorEye."

With a CMS, drivers can keep facing forward and focused on the road in front of them as the in-cab displays are placed within their field of view. This eliminates the need to turn their head to look at mirrors.

As the industry continues to focus on technologies that improve vehicle safety and efficiency, these platforms can help drivers operate more safely, reduce vehicle maintenance for mirrors accidentally knocked off, as well as safety related costs for end users all while improving the fuel efficiency of the vehicle.

NHTSA is asking for information based on 21 questions among the following seven categories:

The agency is also encouraging comments on the potential economic effects of CMS, including the cost difference between a vehicle equipped with CMS compared with rearview mirrors, and the extent to which the improved fuel economy provided by using cameras instead of mirrors would offset that increased cost.

This article originally appeared on our sister website: https://www.oemoffhighway.com/operator-cab/camera-systems/article/21091639/can-cameras-replace-mirrors-on-trucks-the-trump-administration-thinks-so

This year’s competition features new virtual elements due to the circumstances brought on by the pandemic.
Daimler Trucks North America
June 16, 2020

During the COVID-19 pandemic, the ticket delivery method is becoming just as important as the ticket collection itself. Companies are finding e-ticketing keeps workers safe while speeding up operations.
June 2, 2020

3 Strategies to Get Your Trucking Fleet Back on the Road

COVID-19 grounded many trucks and their operators and their re-deployment can't be figured out on the fly. Here are three key strategies to getting your fleet moving again.
Teletrac Navman
May 26, 2020

This episode of Transportation Chain examines the current state of transportation and freight, the impacts on manufacturing and the availability of materials and equipment and the role infrastructure investment could play in their economic recovery.
May 28, 2020

Vocational truck drivers who occasionally use trailers, often different types with varying loads and configurations, can be more prone to make mistakes. Here's how to avoid them.
NTEA
May 27, 2020
Follow Us