Truckers Want Flexibility When it Comes to Mandatory 30-Minute Breaks

Drivers are now requesting that FMCSA allow them to divide their required 30-minute break into multiple, shorter breaks. 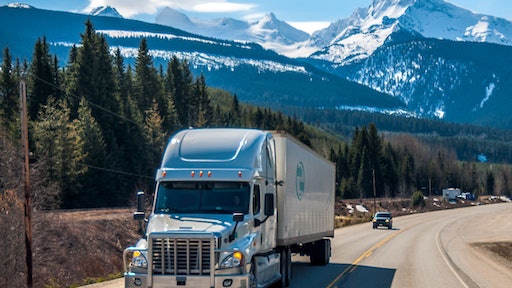 During a public listening session at the Great American Trucking Show, drivers and other trucking industry stakeholders voice their opinions in front of Federal Motor Carrier Safety Administration regarding the proposed changes to the hours of service rules.

Currently, HOS regulations allow long-haul drivers up to 11 hours of time behind the wheel each day and must stop driving after 14 hours. Also, a driver who will be on the road for more than eight hours must take a 30-minute off-duty break as well. In addition, drivers must have had 10 consecutive off-duty hours before going back on the road again.

Read Next: How Will FMCSA’s HoS Rule Impact Asphalt Contractors?

However, drivers are now requesting that FMCSA allow them to divide their required 30-minute break into multiple, shorter breaks. Commercial Carrier Journal reports that instead of a 30-minute break, drivers should be allowed to take three 10-minute stops or two 15-minute stops to satisfy the requirement.

Drivers are arguing that the proposal would "encourage more movement throughout the day." Previously, Candace Marley would stop multiple times a day for shorter breaks, which often added up to more than 30 minutes. CCJ reports that she now drives for five straight hours before taking the mandatory break.

"I don't like it," Marley tells the crowd. "But I have to do it all the time. I need to move my legs every couple hours and not have to worry about that 30-minute break too. Let our breaks be broken up and accumulate those minutes."

Lewie Pugh, executive vice president of the Owner-Operator Independent Drivers Association, spoke one behalf of the group, saying that the 30-minute break should be broken up as electronic logging devices are able to record "every single solitary second."

The listening session at the Great American Trucking Show was the first of FMCSA's two planned ones, however, the agency could announce more during the 45-day comment period.

Read Next: FMCSA Wants to Make Truck Drivers Safer and Have More Flexibility

The public comment period ends Oct. 7, and comments can be filed here. FMCSA Administrator Ray Martinez encouraged drivers and other stakeholder to file comments as the agency will rely on them to develop the final rule for the HOS regulations. At the time of this publication, there is not a specific deadline for when the final rule to be finalized, however, it is likely that it will take several months.