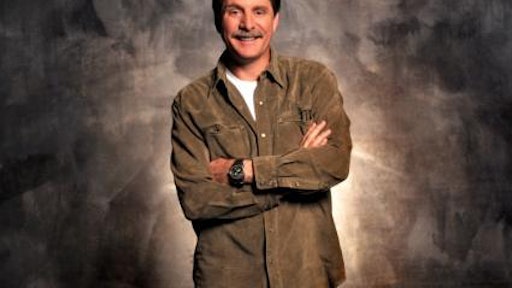 In his Work Truck Show address, Jeff Foxworthy will share his humor and experiences from a diverse and successful 27-year career in the entertainment industry.

Jeff Foxworthy, the largest-selling comedy-recording artist in history, will serve as the keynote entertainer at The Work Truck Show 2013. Foxworthy will address work truck professionals at the President’s Breakfast & NTEA Annual Meeting on Thursday, March 7.

The Work Truck Show 2013 is held at the Indiana Convention Center in Indianapolis, IN, March 6−8, 2013. Educational programming, including the Green Truck Summit, begins March 5. Registration is now open at www.ntea.com.

Foxworthy is a multiple Grammy Award nominee and best-selling author of more than 26 books. In his Work Truck Show address, he’ll share his humor and experiences from a diverse and successful 27-year career in the entertainment industry.

Widely known for his redneck jokes, Foxworthy’s act goes well beyond that to explore the humor in everyday family interactions and human nature, with a style that has been compared to Mark Twain’s. Foxworthy created and starred in the “Blue Collar TV” television series and hosted the hit show “Are You Smarter than a 5th Grader?”.

“We’re very excited to have Jeff speak at the President’s Breakfast,” says Shawn Jacobs, NTEA 2012 Convention chairman and president & CEO of STS Trailer & Truck Equipment (Syracuse, NY). “I think he’s going to put everyone in a good mood and set the stage for a positive, successful Work Truck Show 2013.”

The President’s Breakfast & NTEA Annual Meeting will be held from 7:30 a.m. to 9:15 a.m. on Thursday, March 7. Tickets are expected to sell out quickly, so advance registration is recommended.

Try Out Real-World, Fuel-Efficient Vehicles at The Work Truck Show 2013

Enhance Your Fleet Management Skills at The Work Truck Show 2013