Are These the Most Iconic Buildings in the US?

An article from Curbed put together 14 iconic buildings across the US, do you agree with these choices? 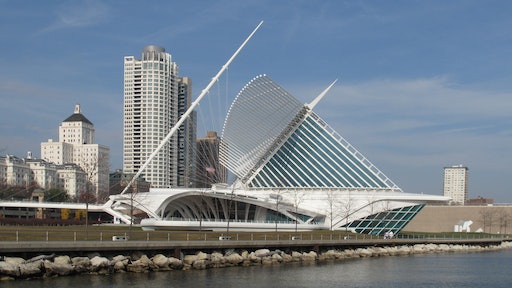 The Milwaukee Art Museum, one of the iconic structures from the state of Wisconsin.
John Picken, Flickr

In 2017, Curbed put together a list of 14 iconic buildings across the country chosen by Curbed editors. Each of the 14 editors picked one structure that represents their cities. The limitation of selection criteria means many more iconic buildings were left off the list.

According to Curbed editors, their top 14 iconic U.S. buildings were:

As a resident of Wisconsin, I would probably say the Milwaukee Art Museum is one of the state's most iconic buildings — but I'm no architectural expert in my state! And as a frequent visitor to Chicago, I would have said the John Hancock building would be the most iconic. When I think of Chicago that is usually the first building I picture in my head.

And in New York, the Empire State Building could possibly be a more iconic building in some people's minds. In fact, it has made a few lists for the top most iconic buildings in the world.

But I'm sure the Curbed editors had solid, more educated reasons for their choices compared to mine.

What are your thoughts? What would you say is the most iconic building in your city or your state? What iconic buildings from the cities on this list do you think were left out? Do you agree with Curbed's list?

Share your thoughts and comments with ForConstructionPros.com. We'd love to compile a list of our own based on your suggestions!