The President has signed an executive order directing agencies to look for ways to speed up the building of highways and other major projects by scaling back environmental reviews, invoking special powers he has under the coronavirus emergency. 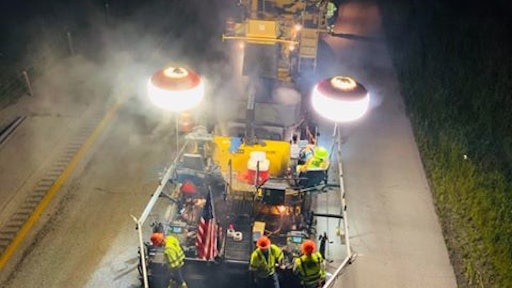 President Trump has issued an executive order to bypass environmental reviews. The hope is to reduce delays for projects and spur economic growth after the coronavirus pandemic through these infrastructure projects.

"From the beginning of my Administration, I have focused on reforming and streamlining an outdated regulatory system that has held back our economy with needless paperwork and costly delays," Trump said in the order. "Antiquated regulations and bureaucratic practices have hindered American infrastructure investments, kept America’s building trades workers from working and prevented our citizens from developing and enjoying the benefits of world-class infrastructure. The need for continued progress in this streamlining effort is all the more acute now, due to the ongoing economic crisis. Unnecessary regulatory delays will deny our citizens opportunities for jobs and economic security, keeping millions of Americans out of work and hindering our economic recovery from the national emergency."

The executive order would direct federal agencies to pursue emergency workarounds from bedrock environmental laws, such as the National Environmental Policy Act and the Endangered Species Act, to hasten completion of various infrastructure projects..

Trump has been issuing executive orders on a near-weekly basis during the Coronavirus pandemic. This order will mark his 25th of the year as he uses the pandemic to justify efforts to do away with government regulations that are designed to protect the environment and public health but are viewed by critics as costly and unnecessary.

In 2017, Trump also tried to reduce regulatory reform designed to speed infrastructure projects. However, a report prepared for the Treasury Department in 2016 looked at 40 major proposed transportation and water projects whose completion had slowed or was in jeopardy and found that “a lack of funds is by far the most common challenge to completing these projects," and not regulation.

We know finding the additional dollars to fund new roads and bridges has proved challenging as lawmakers and the president fail to agree on what is necessary to raise more money for transportation projects without adding to the already soaring national debt.

While speeding up infrastructure projects is a good idea in theory, regulations are put in place to protect the environment and also those working on the projects and many fear this Executive Order is setting a dangerous precedent. Environmental groups have said sidestepping environmental review requirements would hurt many of the same communities already suffering the most from the pandemic.

““Abusing emergency powers to deep-six necessary environmental reviews is utterly senseless," Gina McCarthy of the Natural Resources Defense Council said. "These reviews are required by law to protect people from industries that can harm our health and our communities. Getting rid of them will hit those who live closest to polluting facilities and highways the hardest—in many of the same communities already suffering the most from the national emergencies at hand."

House Speaker Nancy Pelosi also weighed in with a statement.

“By using the coronavirus pandemic to justify fast-tracking potentially wasteful, dangerous or destructive infrastructure programs, the president has proven once again his utter contempt for our laws, for the health of our communities and for the future of our children,” she said.

Still, cutting regulations has been a hallmark of Trump’s presidency and conservative groups and lawmakers have been encouraging him to keep it up.

“Time is money, so eliminating delays that hold up or kill projects will have the same impact as increasing funding, and it will let workers get back on the job improving our infrastructure,” said Rep. Sam Graves, the ranking Republican on the House Transportation and Infrastructure Committee.