Did You See the Solar Eclipse?

Were you able to catch a glimpse of the first total solar eclipse to cross the entire continental US in 99 years? 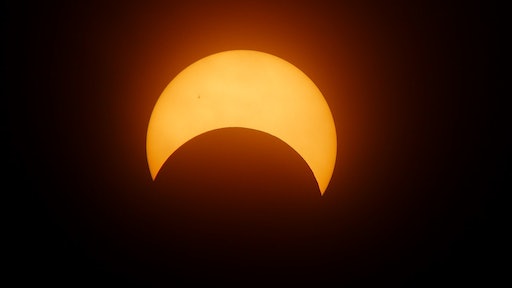 August 21, 2017, was the first total solar eclipse to cross the entire continental United States since 1918.

There was a lot of talk and prep and even suspending of construction activity for the total solar eclipse on August 21, 2017. As I prepared here in Wisconsin to catch a glimpse and give my three year old a chance to see something cool the clouds rolled in. While we watched heavy cloud cover during the peak of the solar eclipse in our area, eventually the clouds broke a little and we were able to catch a glimpse.