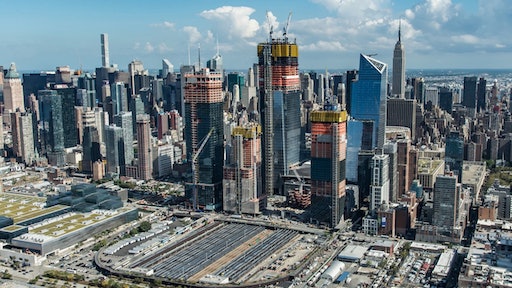 Construction progress at Hudson Yards in New York City as of October 2017.
Related-Oxford

New year, new projects. As 2018 is now in full swing, we thought we'd compile a list of just some of the projects to keep an eye on this year. These projects have the possibility to reshape many U.S. cities in 2018. So what's being built?

Here is just a short list of some of the major developments set to open or hit big milestones in 2018.

It's not just buildings being completed in 2018 that should be on our radar. All the talk revolving around infrastructure and funding sets the stage for keeping a close eye on transportation projects to watch this year.

What other 2018 projects should be on the radar for this year?