Why Can't We Pave Roads as Well as Europe? 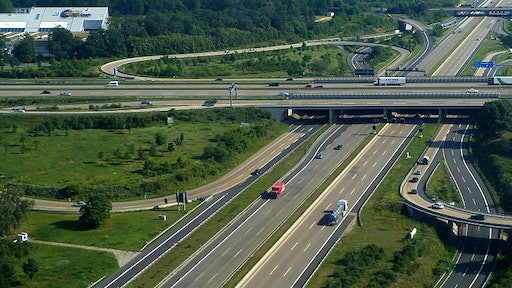 A conversation I had while I was out purchasing new appliances led me to this blog. The person whom I was speaking with, after finding out that I write about the construction industry, mentioned he had heard the Autobahn in Germany has never been repaved. I had not heard that before, so I set out to do some research.

It turns out, that's not true. Of course, not everything you find on the Internet is true, but a quick Google search did bring up some articles about sections of the Autobahn being repaved in recent years. So, unfortunately, Germany has not found a miracle cure for road paving. Still, it does seem — at least by perception — that the construction of the Autobahn pavement may be superior to United States paving methods.

Side note — the only remaining stretch of of the original Autobahn built in 1936 was scheduled for replacement in 2015.

During my Internet research I came across an interesting article from 2014 that takes a look at a Michigan Department of Transportation (MDOT) experiment. Back in 1993 MDOT built a one-mile section of I-75 in Detroit using the more-costly European specifications. MDOT also built a stretch south of that using the typcial Michgan paving specifications.

The European section featured two layers of concrete - thicker than the one layer typical on Michigan highways. The concrete was on a deep base of crushed limestone instead of sand. Joints were also closer allowing for more expansion. According to the article, within two years both section shad superficial cracks. And 20 years later, an MDOT study concluded that there was "no clear indication as to which pavement section will eventually achieve the most cost-effective service life."

The study also indicated that the European section's concrete surface was showing signs of way including a delaminating surface and separating. This real-life experiment provides solid evidence that the Autobahn pavement method may not really be superior to other methods. However, it is important to keep environmental impact in mind. The freeze-thaw cycle in Michigan may be more intense than what the Autobahn in Germany typically experiences.

During my conversation with my appliance salesman, he rhetorically asked why the United States hasn't paved roads the way the Autobahn was paved. As the MDOT study points out, the European process is more expensive — and that may be a huge factor. But it may also factor in that our materials and the environments here in the U.S. vary from over in Europe.

Another reason the Autobahn pavement may appear superior to U.S. roads — maintenance. If you're not driving the Autobahn frequently you're probably not aware of what road maintenance is done. But it sounds like Germany does a fairly good job of keeping the Autobahn pavement smooth and repaired. At this current point in time, with all the talk about insufficient roads and lack of funding, it's clear that we can't compete with that. Drivers in Germany pay much higher fuel prices than here in the U.S., and a lot of that price is fuel taxes for road maintenance.

According to the MDOT study article, back in 2014 German fuel taxes were about 18 times higher than in the U.S. Seeing as how talks of increasing the gas tax here in the U.S. — even just a couple of cents — is often faced with opposition and backlash it seems obvious why the Autobahn pavement is perceived and most likely better maintained than U.S. roads.

I'm by no means saying the Autobahn pavement is better than U.S. pavement or that all road contractors should build with the materials and process of the European roads. But is was interesting to hear this opinion from someone outside the industry. Of course, someone outside the industry is not privy to all the intricacies and process of road building — and misconceptions can often lead to many problems. So it was interesting in this time of infrastructure talk to delve into this misconception.

I've heard from someone outside the industry, and I'd love to hear from those of you who are paving roads every day.