Skyscrapers are Skyrocketing - Good or Bad?

It's predicted that we will have nearly 41,000 buildings taller than 492 ft. by 2050. Does that seem excessive or does that excite you? 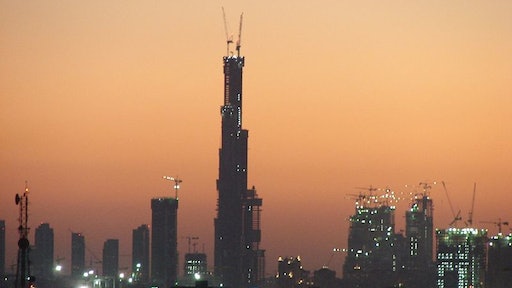 Construction of the Doha Tower in Qatar.

As part of the building community we want to ensure that there is always something to build. That's what keeps contractors working, right? And the available space to keep building continues to be limited, which is why the focus may be more on building up than building horizontal. A study done back in August and published on the MIT Technology Review website, however, revealed some mind boggling numbers when it comes to building skyscrapers.

The study showed there are 3,251 skyscrapers (building more than 492 feet tall) in 258 cities around the world. By 2050, there could be as many as 41,000 skyscrapers! That's a huge number, and in my opinion, pretty crazy to think about. Sure, that's counting over a 32-year span. But that's an increase of 37,749 skyscrapers. That's a lot of buildings. Sure, it's good for the contractors who will be building them — but even you have to admit that's a lot of buildings. 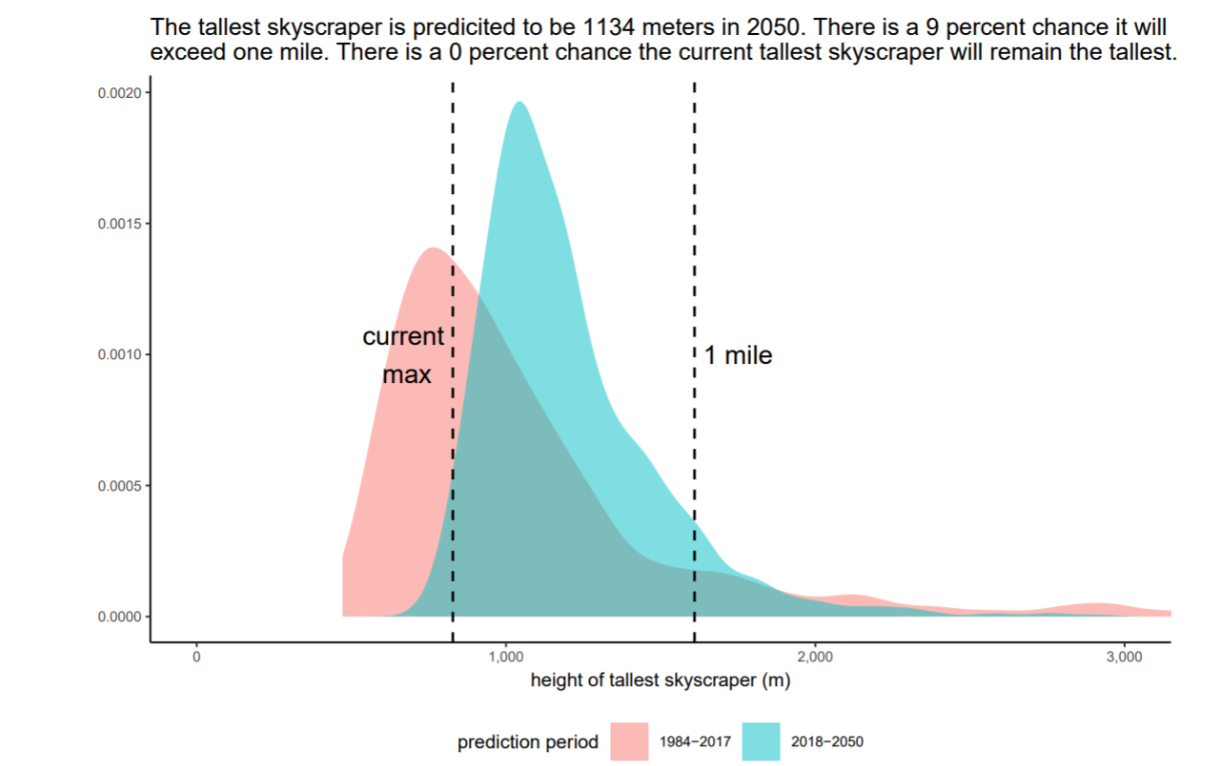 MIT Technology ReviewHow did the study arrive at this number? Well, first the study's authors looked at historical growth patterns for skyscraper construction. What's pretty cool is that the authors, Jonathan Auerbach and Phyllis Wan, discovered that the number of skyscrapers built each year since 1950 has risen 8% each year. That's a really stable rate over a 68-year period. So, if that 8% growth rate trend were to continue, the numbers would add up to 41,000 skyscrapers by 2050. If this growth rate trend does continue, Auerbach and Wan point out that skyscraper construction would dramatically outpace the rate at which city populations are expected to grow.

While looking at the hard numbers can be astonishing, of course you have to consider real world factors as well. Yes, the skyscraper growth rate has trended at a stable pace since 1950, but that doesn't mean it will continue like that. Our society is much more aware of sustainability and preserving our environment (just because we are aware doesn't mean we are always acting on it). Many people and builders are considering the impact the built environment has on our natural environment. That realization may lead to different ways to approach building, or possibly slow down the number of buildings we add to our environment.

Of course, demand is also a factor. If the demand isn't there the growth rate may slow. Auerbach and Wan also point out that social instabilities caused by climate change, disease or even war could change the economic outlook and reduce investment in tall buildings. This would make the original 41,000 number significantly lower. However, technology breakthroughs could make building tall buildings easier and more affordable, which could skyrocket that number even higher. Only time will tell.

One other factor is the habit of architects trying to one up another. Everyone wants to build the tallest building in the world, as is evidenced by many of the skyscrapers built in recent years. Auerbach and Wan's historical data showed that the height of skyscrapers has grown over the years (as we knew). They predicts that by 2050, skyscrapers will be nearly 50% taller than today's skyscrapers. That's a pretty significant number.

In fact, if you're into statistics and probability, the researchers say there is nearly a 100% chance that a new building will exceed the Burj Khalifa's height — the current tallest building at 2,717 feet. The Jeddah Tower, which is scheduled to open in 2020 at a height of 3,281 feet, will surpass the Burj Khalifa in just a couple of years. The researchers said there is a 77% chance of a new building exceeding that height. Also, a significant number. Of course, these are just probability and speculation numbers, but it seems fairly likely given our current building trends.

Auerbach and Wan also stated that it is possible we could see our first mile-high (5,280 feet) skyscraper. Again, when you're looking at just numbers, that's a nearly 2,000-foot height difference from the Jeddah Tower. That's basically adding the United State's tallest building on top of the Jeddah Tower!

While that's crazy to imagine, it's not the first time a mile-high skyscraper has been discussed. In fact, Frank Lloyd Wright conceived of one way back in the 1950s. His idea was for a 5,249-foot-tall building with 528 stories. Can you imagine the site of that back in the 1950s?

After reading all these numbers, I find myself in awe — and torn. I want my builder audience to stay employed and to keep building. However, I wonder if this amount of skyscrapers at these extreme heights is excessive or even necessary. Of course, these numbers are only estimates and not set in stone. Still, the thought of building basically two skyscrapers on top of each other to reach higher and higher is hard to imagine. Plus, the safety measures and construction considerations would need to be first and foremost.

What do you think? Would you be willing to build a skyscraper 5,000 feet in the air? Do you think the skyscraper growth trend numbers will continue to play out as Auerbach and Wan calculated?