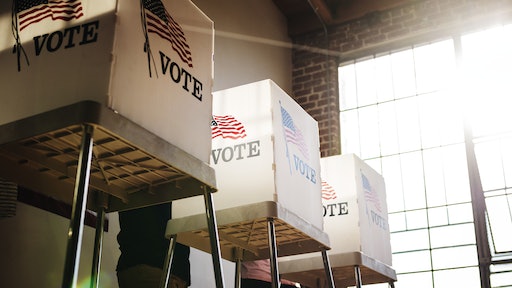 The election is less than a week away and the decisions made by voters will have consequences that could last well beyond the term of every candidate whose name appears on a ballot.

The presidential contest is arguably one of the most widely documented and analyzed political events in American history. That coverage will continue until Election Day and beyond, but the outcome of non-presidential elections will have an equal, if not more significant, impacts on the future of ride-sharing, transit-funding and infrastructure. Here's a look at what's at stake.

Trump & Biden agree on very little, but both have expressed a need to update America's failing infrastructure. Here's a look at both their plans in brief:

The Biden plan to Build Back Better Economic Recovery Plan introduced in July views infrastructure through the lens of climate and green energy.

According to the American Roady & Transportation Builders Association (ARTBA), Democrats appear poised to retain control in the U.S. House of Representatives. They hold a 34-seat majority in the chamber, and many prognosticators forecast they will add to that margin. The anticipated stability in the House is significant because the rules of that institution effectively empower the majority party—regardless of the size of its advantage—to advance legislation with little input from minority members.

By contrast, control of the U.S. Senate is very much at stake. Of the 35 seats up for election, 23 are held by Republicans and 12 by Democrats. Twelve of those races are considered competitive. If the GOP loses a net of four seats, or three seats and the White House as the vice president breaks any tie votes, the Democrats would take control for the first time since 2015.

If Republicans retain control, new leaders will serve atop the Finance Committee, which oversees all tax issues, including all Highway Trust Fund (HTF) revenue streams. That potential shift would open a leadership vacancy on the Banking Committee, which has oversight of federal public transportation programs and is charged with writing that section of a surface transportation reauthorization bill. The top Democrats on Finance and Banking, Sens. Ron Wyden (D-OR) and Sherrod Brown (D-OH) respectively, are expected to remain in their positions.

ARTBA predicts leadership in the House Transportation & Infrastructure (T&I) Committee is unlikely to change, as both Reps. Peter DeFazio (D-OR) and Sam Graves (R–MO) are expected to return and begin work on a long-term surface transportation investment bill.  There will however be a minimum of five new members on the T&I Committee.

While the election has consumed members of Congress and the Trump administration, there is a significant amount of work still to be done in 2020. The productivity of any post-election “lame duck” congressional session will largely depend on whether Republicans retain a majority in the Senate.

If Democrats are successful in wresting control of the upper chamber, ARTBA says that past practice indicates House Democrats may wait until the new majority is sworn-in at the beginning of 2021 before finalizing any legislation.

Appropriations: Federal spending for transportation and other general government programs are operating under a continuation of current levels until Dec. 11. Congress will either finalize these investments later this year or—if the Senate flips—pass another interim measure effective through early 2021.

COVID-19 Response: Economic recovery from the COVID-19 pandemic will stretch well into 2021 and likely beyond, and the pressure for Congress to pass additional aid packages will continue. Additional relief for state and local government has been and will remain a major part of these discussions— including aid to state departments of transportation and other transportation modes. The scale, scope and substance of legislation will significantly be influenced by election results.

Tax Extenders: Each year, legislators try to attach expiring tax provisions to any must-pass legislation. Given the number of tax provisions included in prior COVID-19-related bills, there will be a push to extend them beyond 2020. Many key provisions in 2017’s Tax Cuts and Jobs Act, such as full expensing of equipment or increased estate tax exemption, do not expire in 2021.

Surface Transportation Program Reauthorization: The federal highway, bridge and public transit programs expire Sept. 30, 2021, following recent congressional action on a one-year extension of the current surface transportation law. This means that despite substantial progress on robust proposals in both the House and Senate, the new Congress will have to start the reauthorization process over again and take action before next fall’s expiration deadline.

Executive Branch Transition: Regardless of the outcome of this year’s presidential race, expect filling key administration posts to be a major activity in 2021. Cabinet and sub-cabinet turnover is common during a second term of a re-elected president. Similarly, populating the executive branch with new appointees is often one of the most impactful actions of a new president.

Where Trump & Biden Stand on Infrastructure